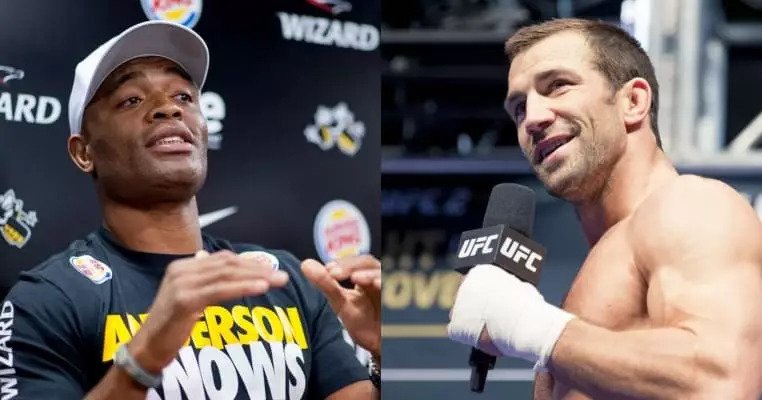 At this point it isn’t clear if the former middleweight champion is contemplating returning to the Octagon. Fighting isn’t the only day job for Luke Rockhold. He is also a model for Ralph Lauren and seems to be doing good at it….even Dana White agrees. 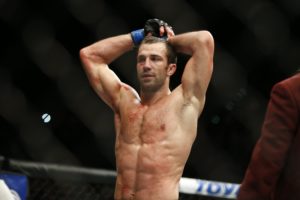 While Rockhold hasn’t fully decided on his retirement, he has certainly been enjoying his time off from fighting.

“I’m taking a leave of absence,” Rockhold said. “I’m just kind of doing my thing right now – getting life organized, getting things together. It’s good to be back on the West Coast. I was training out in Florida and it’s just – Florida’s tough. It’s hot, it’s humid – it’s a different lifestyle.”

Rockhold has had a good career in the UFC. He became the UFC champion and has defeated the likes of Michael Bisping, Chris Weidman, Lyoto Machida, Tim Kennedy, Jacare Souza etc. However, one name that is missing from his resume is UFC legend Anderson Silva. He revealed that he was close to fighting the Brazilian legend, but a KO loss to Vitor Belfort ruined all the plans.

“I wish I would have had the chance to fight Anderson,” “Especially in that time, I think I would have beat him. I don’t know – I think there’s just promotional reasons. They didn’t see it quite right at that time. If I would have beat Vitor, then me and Anderson would have fought right away, straight away. But then I had to go reprove myself through the ranks after that loss.”

Rockhold also wishes to fight former champion Michael Bisping and settle scores with him. He was scheduled to fight Weidman at UFC 199, but Weidman pulled out of the fight and Bisping took the fight on short notice. At UFC 199, Bisping scored a massive upset by knocking out Rockhold in the first round.

Even though he wants to run it back with Bisping, he knows that it is unrealistic as the former champion is retired.

“I think I just kind of came to the conclusion where I’m just content with it,” Rockhold said. “Obviously, there’s easy fights where I’d like them back and I knew that I could have wrote that story differently – like my second fight with Bisping. But I’m not going to get that. I’m a realist.” (H/T – MMA Junkie)

Previous articleUFC News: John Kavanagh to Tony Ferguson: Fight only if you need the money!
Next articleFar from sight, far from mind: UFC LHW Nikita Krylov’s method to fight coronavirus