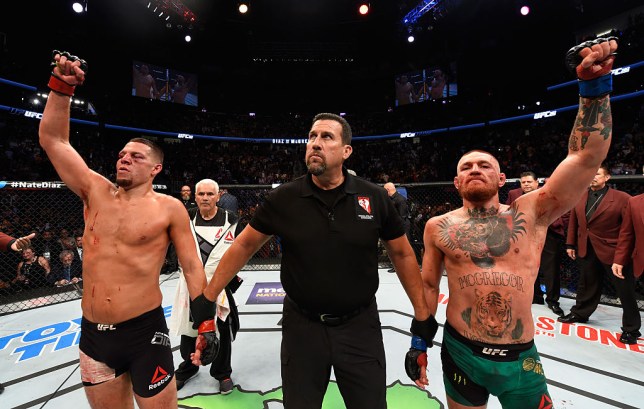 Nate Diaz has finally taken a shot at his longterm rival Conor McGregor on Twitter. McGregor returned after a fifteen-month hiatus on January 18 and demolished Cerrone in just 40 seconds at UFC 246.

The Irishmen made it absolutely career that he wanted to fight three-times in 2020 and the possible opponents for him included the likes of Masvidal, Diaz, Khabib and Gaethje. 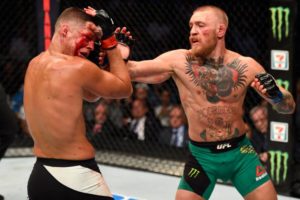 Justin Gaethje is currently the frontrunner to fight Conor McGregor before the summer. A fight between McGregor and Diaz could also prove lucrative for the UFC.

What happened to your season?
I was allready back in by now wtf

“What happened to your season? I was already back in by now wtf.” – Nate Diaz wrote on Twitter.

Diaz ended his three-year hiatus in July last year at UFC 239. He defeated Anthony Pettis via unanimous decision. He then fought Jorge Masvidal at UFC 244 in a heavily promoted BMF title fight. He lost the fight in the fourth round after the ringside physician didn’t allow Diaz to continue fighting.

McGregor and Diaz fought twice before and both fighters are 1-1 at the moment. The first fight took place three years ago at UFC 196, where Diaz submitted McGregor in the second round. The fight sold 1.5 Million PPV buys.

In the second fight which took place at UFC 202, after a tremendous back and forth McGregor managed to knick a close decision victory. The rematch sold 1.65 Million PPV buys.

According to Chael Sonnen, Nate Diaz was the frontrunner to face Conor McGregor prior to the Justin Gaethje talks.

“I also have a little bit of inside information that they were more interested in doing the Nate Diaz fight,” Sonnen. “And I don’t have any information beyond that.

“And I just don’t know that Nate’s in the same spot. Nate’s in a little different category, where he can be a little hard around you.

Do you guys think Nate Diaz vs Conor McGregor will happen next?