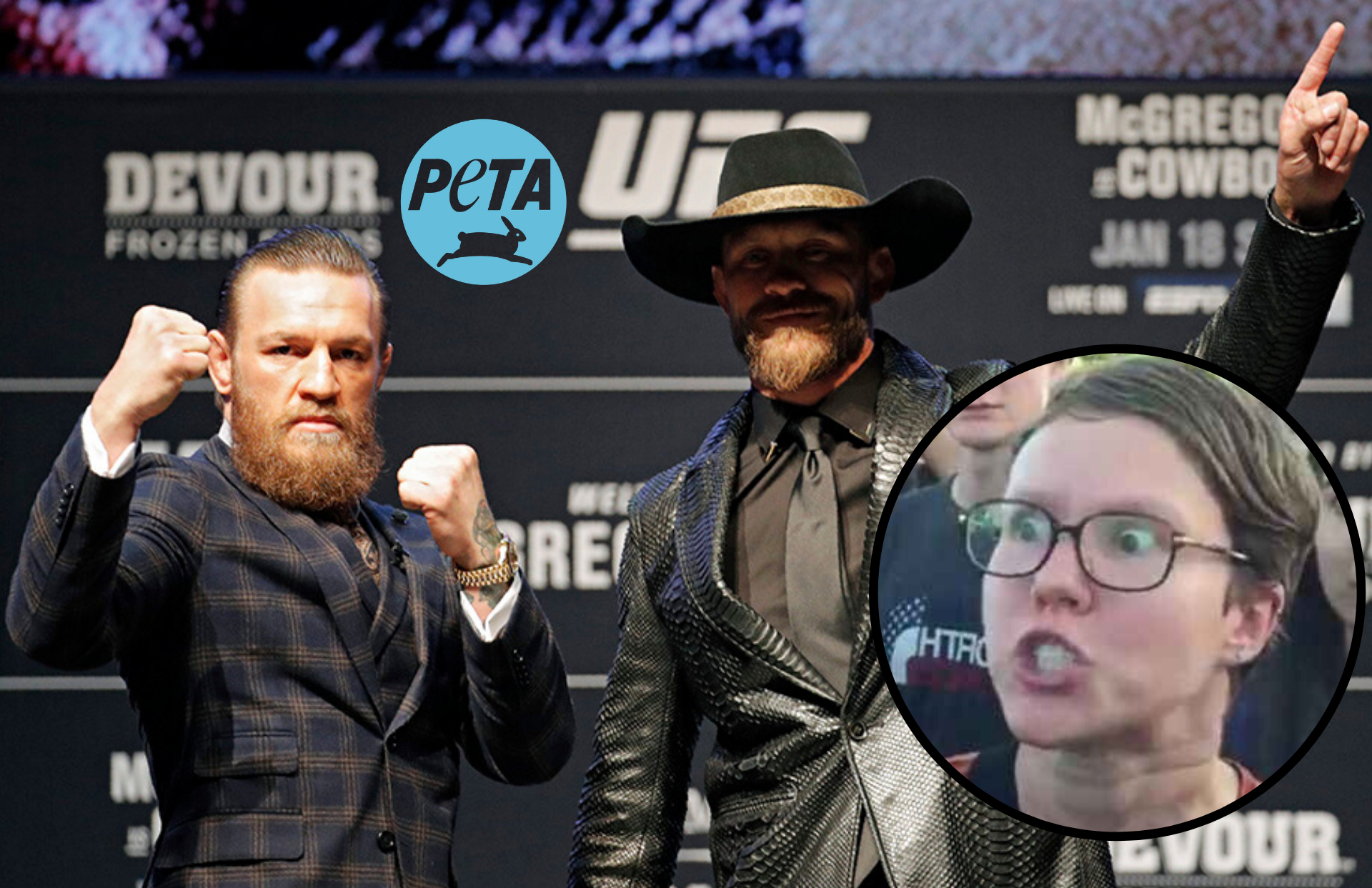 The press conference for the highly anticipated UFC 246 fight between Conor McGregor and Donald Cerrone took place yesterday. It wasn’t like McGregor presser as it lacked the famous trash talking. However, there was a sense of respect between McGregor and Cerrone.

Conor McGregor and Donald Cerrone praised each other during the press conference. The Irishmen even delivered some cheesy lines like ‘. Although there will be blood spilled, it will not be bad blood’. 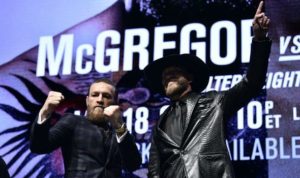 “That’s one hell of a coat, Donald, my god,” McGregor said while showing the inside of his own suit. “I gotta give credit where it’s due. I don’t know whether you’ve outdone me. I’ve got lions on the inside of my baby here, but that’s a damn good cobra, that. What is it, crocodile?”

Donald Cerrone then went on to say that it was made out of python skin.

“Peta might be here because I got rattlesnakes and python [on me],” Cerrone jokingly said.

“Python, good man. [Peta] have a warrant out for me, they’re coming for me, too,” McGregor replied.

Animal rights organisation PETA (People for the Ethical Treatment of Animals) has now taken notice of the UFC 246 press conference calling Cerrone and McGregor a coward.

You’re right! We ARE here—to remind you that only COWARDS would brag about wearing an animal who was likely beaten & skinned alive.

Why don’t you knock out your insecurities and only wear your OWN skin? https://t.co/e6jCY9x7IZ

“You’re right! We ARE here—to remind you that only COWARDS would brag about wearing an animal who was likely beaten & skinned alive,” PETA tweeted. “Why don’t you knock out your insecurities and only wear your OWN skin?”

“Man, I guess if killing humans was legal I could probably wear a bad-ass human jacket,” Cerrone said. “I got a white buffalo at home, PETA. And when she crokes, I’m going to wear a (expletive) (expletive) ass white buffalo cape one of these days.”

“At the ranch, I have a lot of animals: turkeys, goats, chickens, pigs. We kill them and butcher them, and we eat them all ourselves, man. We use every bit of them. So it’s not like – I don’t just go down to the store and buy beef,” he added. “We raise it and kill it and eat it. So, if there’s something inhumane or unjust about killing beef for my own sake, PETA, you’re (expletive) up,” he added.

“Granted, I didn’t kill the snake or raise the snake to build a python jacket, but goddammit it was (expletive) cool, so I had to wear to it,” Cerrone said during a media scrum. (H/T – MMA Junkie)

Who do you guys think wins the fight this weekend? McGregor or Cerrone?