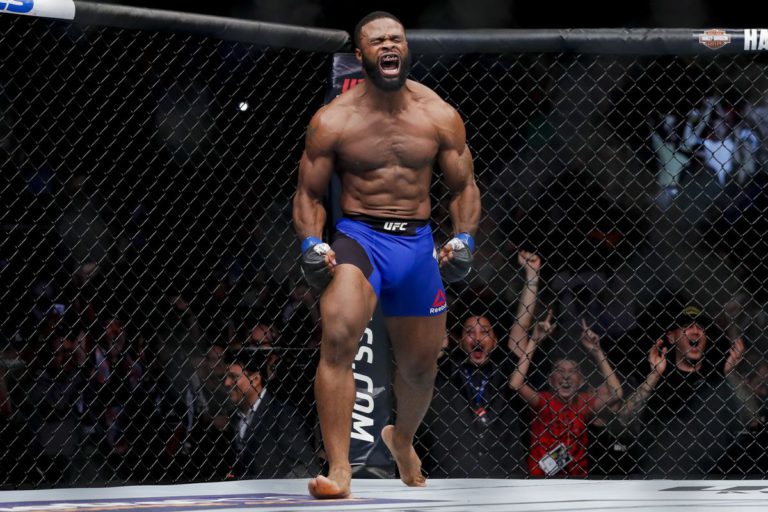 The former UFC welterweight champion Tyron The Chosen One Woodley has been rather inactive both on and off the octagon but he has now come in action with an entertaining social media beef with Israel Adesanya. 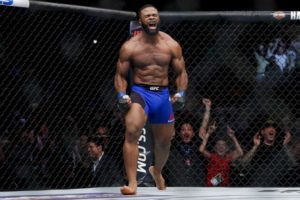 Woodley has been quite active over on Twitter lately and has had an extremely funny and entertaining beef with Adesanya which included a series of tweets. Here’s what he had to say in one of his tweets:

U the great white hype! I ain’t hard to find! You terrified of power. You watched paint dry against @YoelRomeroMMA & now u have the record for least amount of strikes. Fix that fake ass @BOOSIEOFFICIAL Box before he come looking for you! @ufc gone protect @stylebender too?!

Woodley shed some light on how he completely dominated Covington in each and every gym fight or sparring session that they had together, “I was ready to fight for a number-one contendership fight, and I brought him in to help me out. We was in a training session, and I just remember having him in these submissions, and he would turn blue like a blueberry. And he would put it up on my charge card to either let him go or put his ass to sleep. So a few times, I’m like, he’s about to go out, and I let him out. He popped his head out—boo, boo, boo. And now, he acts like he defended the submission and keeps trying to continue with the live go. So now, I’m like, ‘all right.’ OK, then, we’ll start doing another drilling technique. And he was an All-American wrestler, so he was brought in to do what? Wrestle. So we get to the wrestling portion and practice. ‘All right, Tyron needs his partners for wrestling. And he’s like…(Humming)…walking around in the weight room, looking like he don’t hear people calling him to come to wrestle. The last straw is, I was wrestling him, and I told my coach, I said, ‘I’m about to torture him today, I’m about to take him down. And watch how he gets pissed off. For some reason, he thought in his mind that, me, as being an All-American as well, that I should not be able to take him down.”
ALSO READ:
https://www.mmaindia.com/ufc-news-former-middleweight-king-luke-rockhold-teases-ufc-comeback/