UFC News: Suspended TJ Dillashaw on comeback trail: ‘I want the belt back. It’s still mine!’ 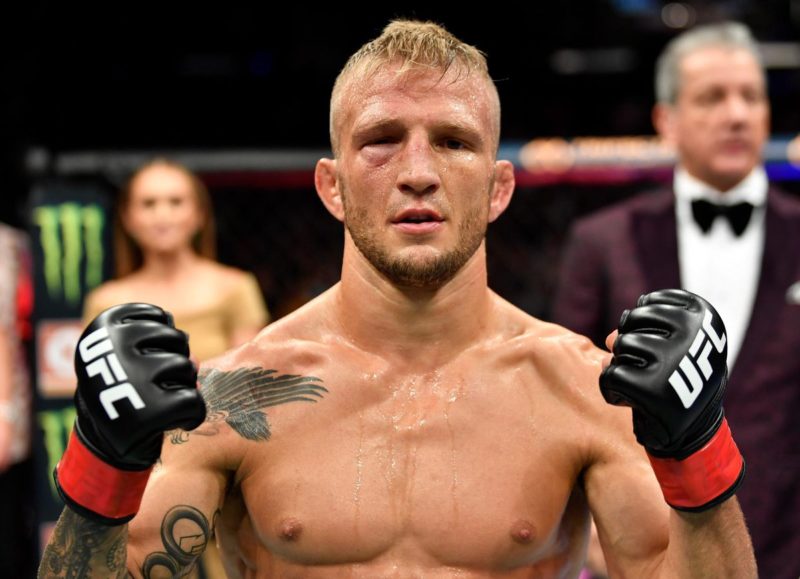 He fought Cejudo at the inaugural UFC on ESPN+ event at the Barclays Center in Brooklyn on January 20. In this fight, Dillashaw was brutally knocked out in just 32-seconds of the first round.

Dillashaw was on performance-enhancing drugs and despite having all advantages he lost the fight. He was moving down in weight class to challenge Cejudo for the flyweight title in an attempt to become a two-division champion. 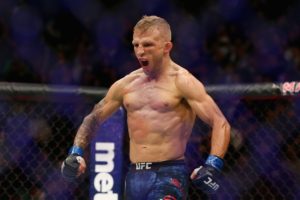 However, after testing positive for the banned substance, he was stripped of his UFC bantamweight title. Now the former champion isn’t eligible for return until eight months later.

Dillashaw is hoping to win his title back. In an interview with MMA Junkie, he revealed that he was going to get the title fight when he returns to the Octagon again.

“I’m hoping they just throw me to the dogs. If I can’t get that title fight, I want someone in the top five so that I can get my title fight. I’m not here to play around. I want my belt back. It’s still mine. I’ll be ready.”

TJ said that he is training hard to capture the bantamweight title and become the champion for the third time.

“Now I guess I get the opportunity to be a three-time champion, which is absurd,” Dillashaw said. “I don’t feel like I should’ve lost it the first time. I get to recapture it all over again and I get to go through this process a (expletive) third time.” (H/T – MMA Junkie)

Do you guys think TJ Dillashaw will be able to become champion for the third time?