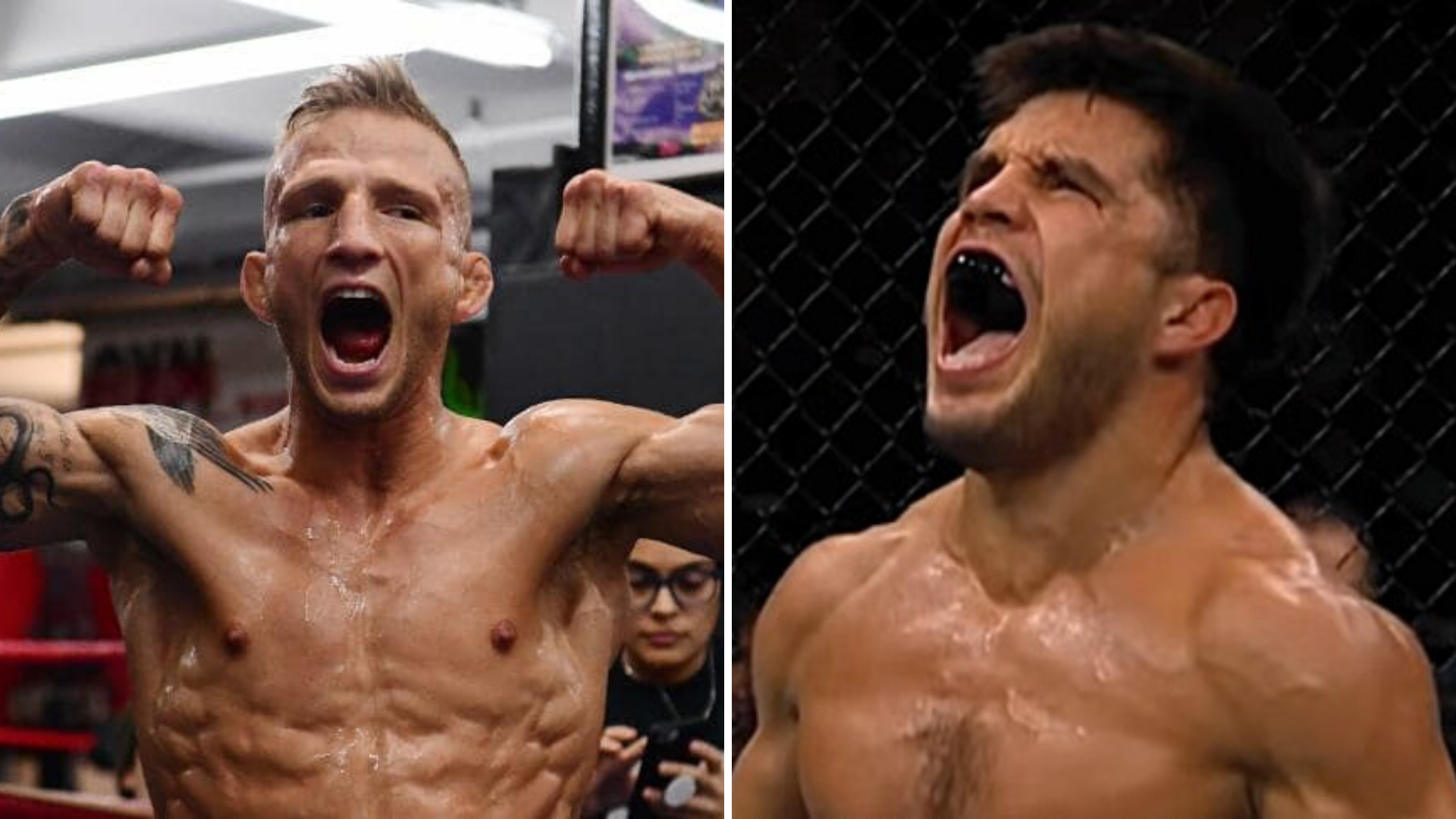 The former UFC bantamweight champion TJ Dillashaw was beaten by Henry Cejudo while defending his flyweight belt before Dillashaw got flagged and suspended for using PEDs. Dillashaw who has faced both Cejudo and Triple C’s next opponent Dominick Cruz has given the former champion the advantage in their fight.

Dillashaw told ESPN in a recent interview that he believes Cejudo will find it really hard to close the distance on Cruz and catch hold of him. Here’s what he had to say:

I actually think Cruz wins the fight. I think he wins a decision, I don’t think Cejudo is all he cracks himself up to be. He’s very good, don’t get me wrong. He’s a great athlete, he’s done some amazing things in the combat world. But I don’t think he’s to the level of what Cruz can show him. It’s gonna be difficult for Cejudo to deal with Cruz’s awkward movement. It’s not that Cruz is super technical, he’s just awkward and hard to deal with. Cruz has some huge openings in his game. He’s got a way to be beaten, he definitely does. I just don’t know if Cejudo has the element to do it.

He further explained how the former Olympic gold medallist can actually beat The Dominator, “The way Cejudo needs to fight Cruz is by not being overly aggressive, don’t chase him. Don’t go guns-a-blazing at the beginning and throwing big shots to try and catch him, I kind of learned that mistake the first couple rounds when I was trying to knock Cruz’s head off. And then I beat him up the last few rounds. Cody Garbrandt showed that, too.”

“Cruz put himself out of position because he does it nonstop. Cruz puts himself way out of position all the time, but he’s playing this cat-and-mouse game where he gets you to bite, and then he takes advantage of it. I think the distance control that Cruz has is going to be one of Cejudo’s biggest challenges. He’s not gonna be able to get a hold of Cruz. If he does, he isn’t gonna be able to hold him down. It’s not like Cejudo is a jiu-jitsu expert where he’s gonna take advantage of Cruz giving him his back. Because Cruz gives up his back constantly when he gets taken down, but he uses it to get back to his feet. I think Cruz’s scrambling ability and his MMA wrestling will be an advantage for him, too,” said TJ pointing out how Cruz can be a master of the movement game.

Do comment and let us know who you think would triumph in this epic contest.

Previous articleDeontay Wilder refuses to be paid off to clear the way for Fury vs Joshua
Next articleWatch the LIT UFC 249: Ferguson vs Gaethje promo that just dropped!