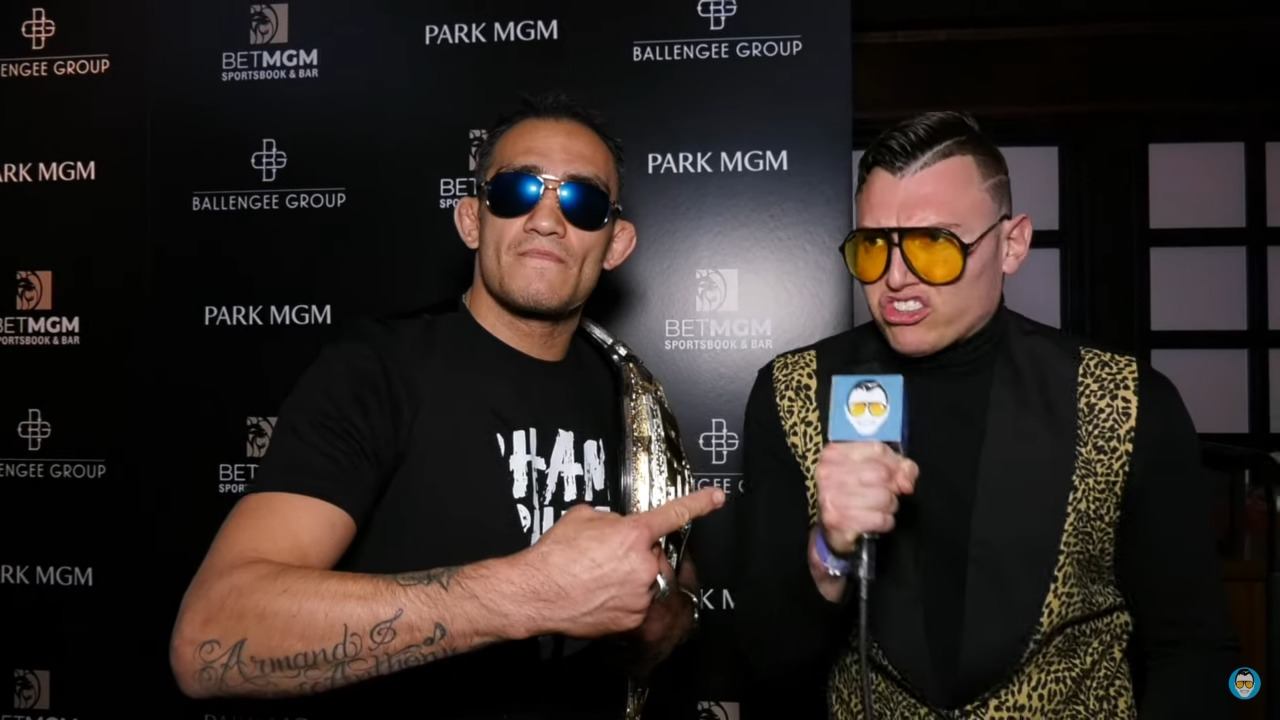 UFC lightweight champion Khabib Nurmagomedov is set to defend his title against Tony Ferguson. The fight will take place at the main event of UFC 249.

The fight will take place at the Barclays Center in Brooklyn, New York on April 18.

Following the trash talk at the pressers, both fighters faced off against each other. Tony Ferguson kept his interim title on the ground, where he was heard telling Khabib ‘Your belt vs Mine’. 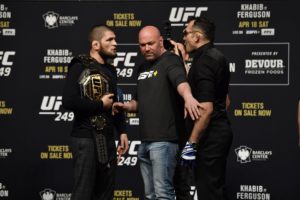 Immediately after this, Khabib kicked the belts away and Dana White intervened in with the security.

Following this incident, Tony Ferguson appeared in an interview with The Schmo where he cut a WWE style promo. Schmo talked about the part where everybody is expecting him to lose to Khabib.

“Oh let me tell you, it makes me feel very uncomfortable. I got something coming for him, I am gonna b*tch-slap that dude and then hit him twice in the stomach. And I am gonna make him piss blood and he is going to give me 20 f*****g push-ups,” Tony said.

“You gotta understand one thing, don’t piss off a guy like me, you got better luck running through hell in a underwear soaked in gasoline, then fuck with a guy like me Khabib,” Tony Ferguson concluded.

Following the press conference, lightweight champion Khabib Nurmagomedov gave an exclusive interview to Brett Okamoto of ESPN. In the interview, he revealed that the fight with Tony Ferguson is the biggest in history.

“I have a big challenge, even if he [Ferguson] is a stupid guy, he is a great fighter and he have very good skill. He can kick, he can punch, he can wrestle, he can grapple with you

“He is a great opponent and I respect his skill and that’s why I focus on him,” Khabib said.