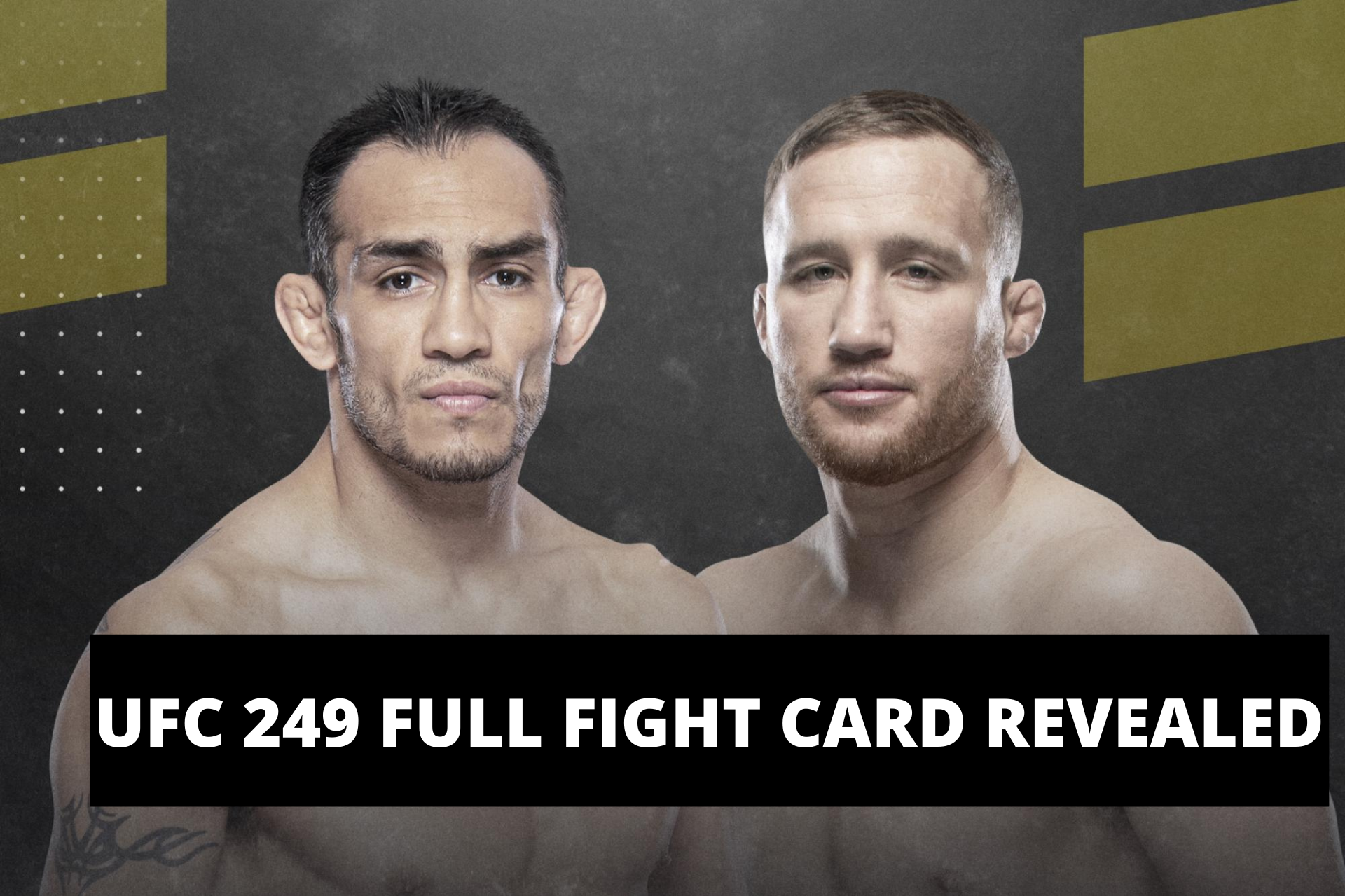 UFC 249 will finally take place on April 18. UFC president took to Twitter late last night to announce that Justin Gaethje had stepped up to fight Tony Ferguson on short notice. The move came after UFC lightweight champion Khabib Nurmagomedov withdrew from the fight amidst the coronavirus outbreak.

However, Dana White didn’t announce that venue and instead vaguely said that the fight will take place ‘Somewhere On Earth’. The fight is for UFC interim lightweight title. Ferguson previously became the interim lightweight champion after beating Kevin Lee at UFC 216.

The co-main event of the card is between former strawweight champions Jessica Andrade and Rose Namajunas. The pair previously fought at UFC 237 in Brazil. In that fight, Andrade slammed Namajunas to knock her out in the second round.

The fight is signed and is 100% ON LIVE on ESPN somewhere on EARTH!!!! 😃@TonyFergusonXT vs @Justin_Gaethje is LIVE on @espn+ PPV April 18th for the interim lightweight belt! pic.twitter.com/aH44zg5K30

Also present on the card is the highly anticipated match-up between Francis Ngannou and Jairzinho Rozenstruik. The fight was originally slated to take place at UFC Columbus on March 28. However, UFC had to cancel three of its events amidst the coronavirus outbreak.

Another heavyweight match-up that will take place on the card is between Dan Hardy and Yorgan De Castro. It’s a highly anticipated match-up that could end up being a fan favorite fight, given the willingness of both fighters to stand and trade with their opponents.

De Castro made his UFC debut at UFC 243, where he knocked out Justin Tafa in the first round. On the other hand, Hardy is coming off of a unanimous decision loss to Alexander Volkov at UFC on ESPN+ 21.

The fight was originally slated to take place at UFC Columbus on March 28. Check out the full UFC 249 Fight Card below.

Where do you guys think the fight will take place?