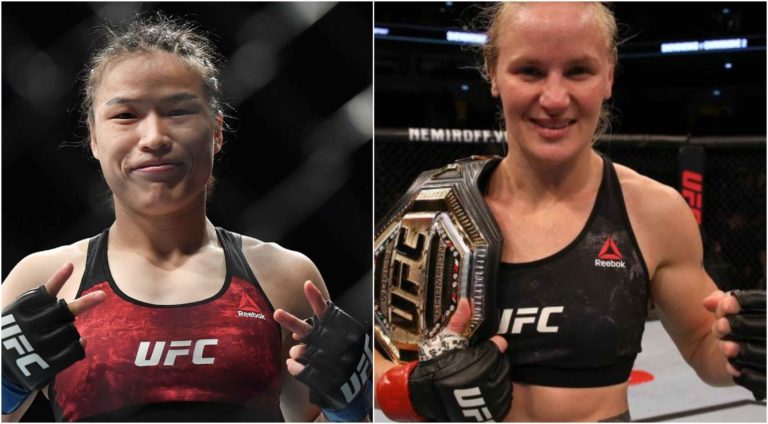 UFC strawweight champion Weili Zhang has a long road ahead of her if she wants to fight Valentina Shevchenko.

The UFC flyweight champion is set to defend her title this weekend against Katlyn Chookagian at UFC 247. The fight will take place at the Toyota Center in Houston, Texas.

Weili Zhang called out Valentina Shevchenko for a title fight last October. She said that she wanted to fight her because she wants to test herself against the best in business.

However, Valentina doesn’t think that Weili deserves to fight her. She believes that there are a lot of other fights for Zhang at strawweight. She also believes that Zhang winning the title was by the virtue of sheer luck.

“A few months ago nobody knew the name of the Chinese girl Weili,” Shevchenko said to MMAFighting in a recent interview. “I don’t know what number she was but because of lucky circumstances she became champion but she still has to prove that she is in the right place and she’s there because no one is better than her.

“She has a lot of things to prove yet,” Shevchenko said. “I’m really open but I would say I would accept it with someone who will show that they are there [at the top].”

Who do you guys think wins in a fight between Valentina Shevchenko and Katlyn Chookagian?