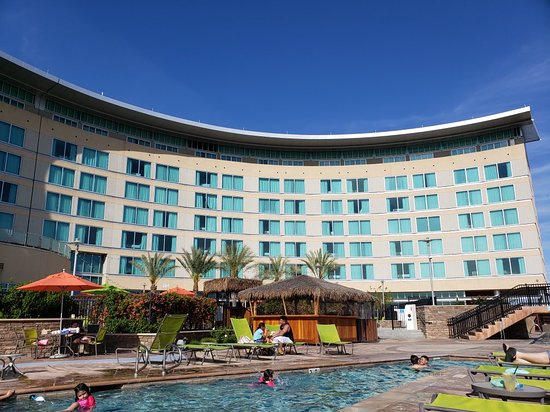 UFC 249 will finally take place on April 18. UFC president took to Twitter late last night to announce that Justin Gaethje had stepped up to fight Tony Ferguson on short notice.

The move came after UFC lightweight champion Khabib Nurmagomedov withdrew from the fight amidst the coronavirus outbreak. UFC president Dana White was very secretive about the venue, but now the New York Times has published a detailed report on the venue.

UFC 249 and other domestic events will take place at tribal land in Central California. The venue is Tachi Palace Casino Resort near Lemoore, Calif. This venue is 65 kilometers from the city of Fresno.

Currently, there has been a suspension of all kinds of combat sports events in the state of California. But the casino belongs to the  Tachi-Yokut Tribe, part of the US federal goverment recognized Santa Rosa Indian Community, as per the NYT.

Since the fight is taking place at an Indian reservation, the event doesn’t fall under the jurisdiction of CSAC. They don’t have to follow the state-issued lockdown either.

“The commission echoes the guidance of California Governor Gavin Newsom, the Department of Public Health, local health officials, and the recommendations of the Association of Ringside Physicians regarding the cancellation of events where people may be at risk of contracting Covid-19 and encourages the industry to do the same,” the commission stated. “The commission will not participate in the UFC event on April 18, regardless of the event location.”

The full-fight card for UFC 249 is stated below.

Previous articleUFC News: Here are all the unknown details Dana White revealed about UFC 249 and other events coming up!
Next articleUFC News: Justin Gaethje on Tony Ferguson: ‘He lives in a dark place. He’s gonna take me to dark places.’