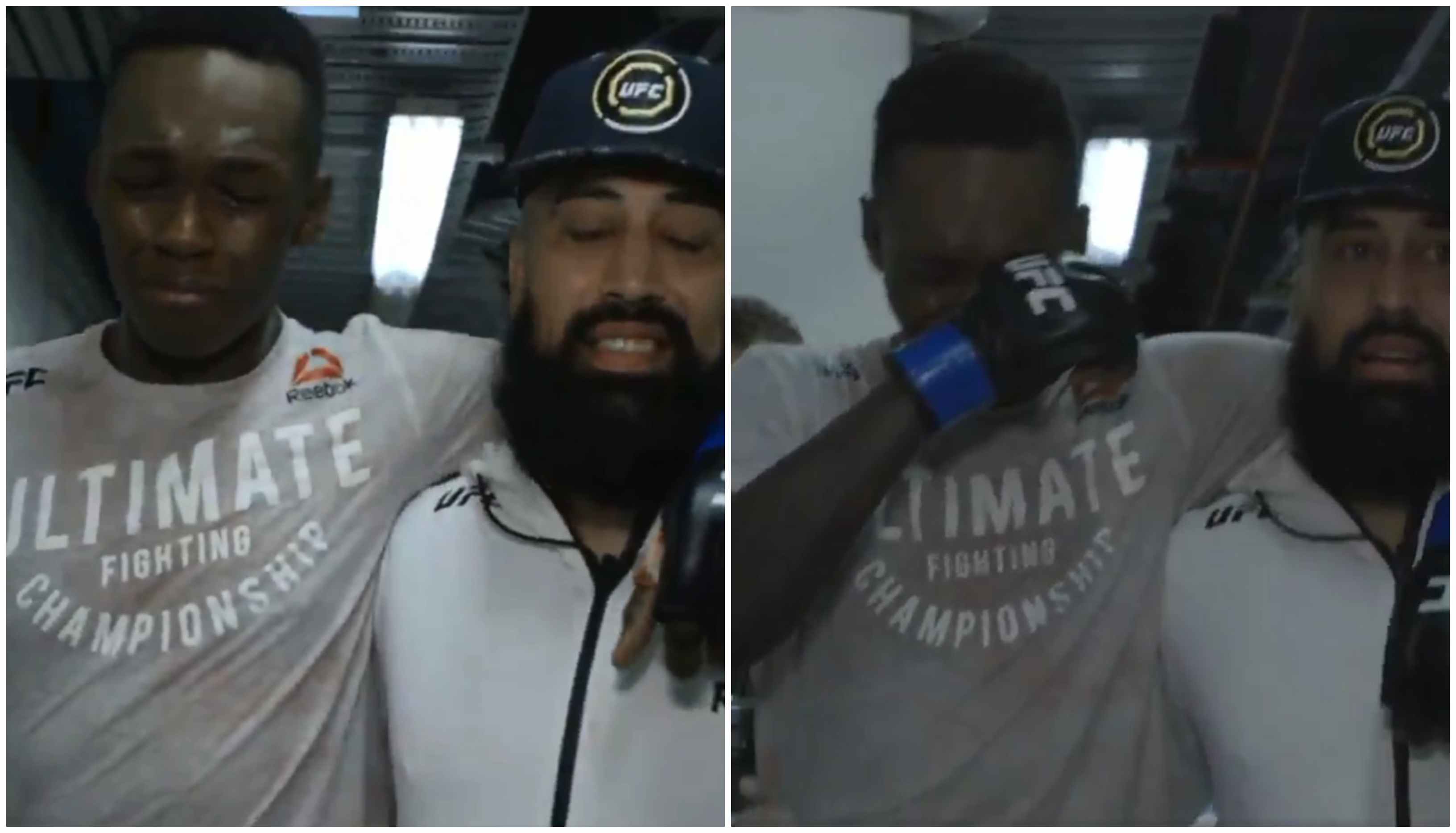 Israel Adesanya is set to defend his UFC middleweight title against Yoel Romero at UFC 248 this weekend in Las Vegas. Adesanya has come a long way since making his UFC debut.

Even though it’s been only little over two-years since Adesanya made his UFC debut, the amount of times he has fought and became champion in such a record time has been nothing sort of phenomenal. 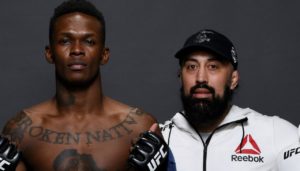 A recent clip has emerged of Israel Adesanya crying following his UFC debut win over Rob Wilkinson at UFC 221. Adesanya defeated Wilkinson in the second round via TKO.

This win was a clear indication of what was to come. UFC 221 was being headlined by former UFC middleweight champion Luke Rockhold and Yoel Romero.

“Attention all middleweights, I’m the new dog in town and I just pissed all over this cage,” Adesanya said in his post-fight interview.

Now in a recently released clip, Israel Adesanya was seen getting emotional following his win over Wilkinson.

Never seen this video of Adesanya before. This is moments after his debut 2 years ago. Look at the emotion. Wow. pic.twitter.com/8y5BGNjCPS

“I know where we are going and I know what we are doing but then….yeah we did it,” Adesanya said in an emotional state.

“And I love you, my man,” Adesanya said kissing his trainer Eugene Bareman.

“CKB, till the death of me.

“So he is with us right now, I can feel him. On the night he died we were there at the gym with him, last ones at the gym. We were just there for hours, just feeling him.

“Before he left, I closed the gym and he is like ‘we made a promise, wherever we go, we take him and we’re going to take him to the UFC  and we f*****g made it,” Adesanya concluded.