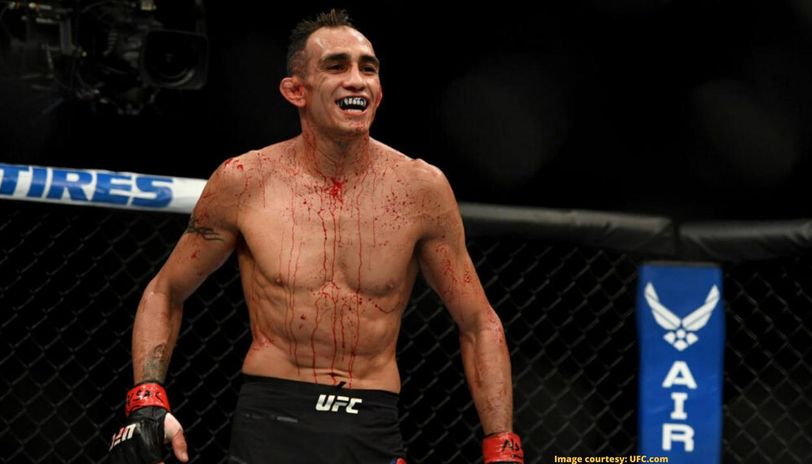 The UFC is taking complete precautions as the PPV’s headline star Tony Ferguson just got tested for Coronavirus!

There had been plenty of concerns by fans and pundits alike regarding whether the UFC will arrange for people testing of the fighters competing for COVID-19 or not. UFC President Dana White had promised fans that precautions will be taken and looks like he has kept his word.

Noted combat sports journalist, Chamatkar Sandhu of BT Sports recently took to Twitter to share a video of El Cucuy Tony getting a nasal slab test before UFC 249 to test him for Coronavirus.

You can check out the video of Tony receiving the test down below. Though, let us warn you, the video is somewhat graphic.

UFC 249 is set to take place on the 9th of May, 2020. The event will take place behind closed doors at VyStar Veterans Memorial Arena in Jacksonville, Florida, U.S.A at 10 p.m. ET.

Justin Gaethje would have refused a short notice fight against Khabib

“In order to get taken down once or twice by Khabib, and work up, and still be able to fight, I really do need at least 10 weeks. You know I’ve been training my whole life but there’s certain lactic acid that builds up that you really have to account for. No matter what, this is not perfect circumstances, but a fight is a fight,” Gaethje told the English news outlet. When it was on 14-day notice, that was much different than now, or 20-day notice. Now I’ve had five weeks to train, it’s not what I’ve asked for, or wanted, but I do believe that before this I was in better shape. … I didn’t let myself go. I was telling myself since the beginning of the year, I was gonna fight again and it was gonna be a big fight.”