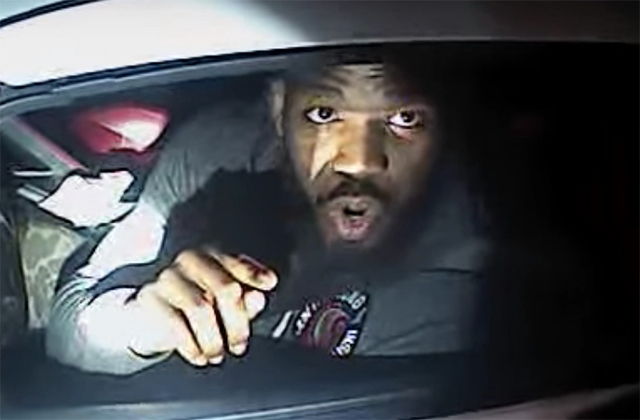 A few days back UFC light heavyweight champion Jon Jones was arrested in Albuquerque, New Mexico. He was charged under DWI and illegal possession of firearms.

As per the online records of Bernalillo County Metropolitan Detention Center, Jones was released from custody later. According to Police reports, police officers from Alberquerque Police Department pulled behind Jones’ car at 1 am in the night after hearing gunshots. Now the police officers have released the bodycam video of the arrest. 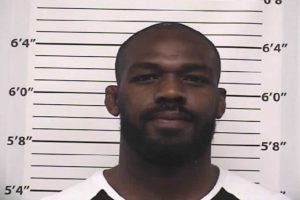 The officers can be seen approaching a black SUV with Jones seating on the driver’s seat. The police officers asked Jones if he had a drink, to which he replied stating that he had a vodka. The officers later discovered a quarter-full bottle of Recuerdo behind the seat. Recuerdo is an alcohol brand released by UFC star Jorge Masvidal earlier this year.

Following this, the officers asked Jones to exit the car and they went ahead with conducting sobriety and breathalyzer test. The sobriety test included walking nine steps forward and backward. The officers also asked Jones to recite numbers and alphabets.

The Police also found a fully loaded gun inside the driver’s seat. The Officers also found a spent bullet casing. When the officers confronted Jon Jones, he said that he didn’t know anything about the gunshot or the bullet casing.

“I saw these homeless guys, I was being nice to them,” Jones said when asked by the officers why he came out of the house. “Having a conversation with them, treating them like humans.” (H/T – MMA Mania)

This is not the first time that Jon Jones had problems with the law. Back in 2012, he was arrested for DUI charges after smashing his car into a pole in his home state of New York. Jones was stripped of his UFC light heavyweight title in 2015 after getting involved in a hit and run incident.