UFC News: Walt Harris revealed he waited for his late daughter’s blessings to return to fighting

Top UFC heavyweight contender Walt Harris is scheduled to fight Alistair Overeem on May 16 at the Vystar Arena.

Walt Harris was going through a tragedy last year. His stepdaughter Aniah Blanchard was shot by Ibraheem Yazeed after getting kidnapped.

19-year old Aniah went missing on 23rd October after being spotted at a gas station. Ibraheem Yazeed was arrested November 7 in Florida by members of the US Marshals Fugitive Task Force and Escambia County, Florida, Sheriff’s Office on a warrant from police in Auburn. The police found the remains of her body on 23rd November. 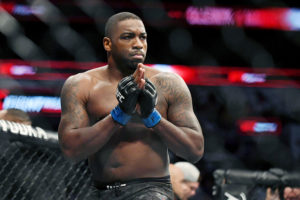 It was a dark time for Walt Harris and he dealt with the situation by taking some time off from fighting. He was originally scheduled to fight Overeem on December 7 in Washington. But the situation with his daughter forced the fight to be delayed. Speaking to the media during the UFC virtual media day, he revealed what it has been like for him since the loss of his daughter.

“I went through a dark, dark period as you know,” Harris said. “You could probably already imagine. I felt myself slipping in the opposite direction of what I set out to be as a man and as a father.”

Walt Harris could hear his daughter

Walt Harris revealed that he could hear the memory of his daughter telling him to get back to fighting. He waited for his late daughter’s blessings to return to fighting

“That’s when I went back in the gym and started getting back in shape. I put a goal out there of when I wanted to fight, just to kind of give myself some incentive and motivation outside of what I already had.” (H/T – MMAJunkie)

Walt Harris is riding on a three-fight winning streak. All his last three-fights have ended in a stoppage. In his last fight, he knocked out Alexey Oleynik via a KO in just 12-seconds.

Who do you guys think will win in a fight between Walt Harris and Alistair Overeem? Let us know in the comments section below.

Previous articleUFC News: Dominick Cruz confirms that he will not retire after Henry Cejudo loss at UFC 249
Next articleFriday Fighter of the Week : Kantharaj Agasa