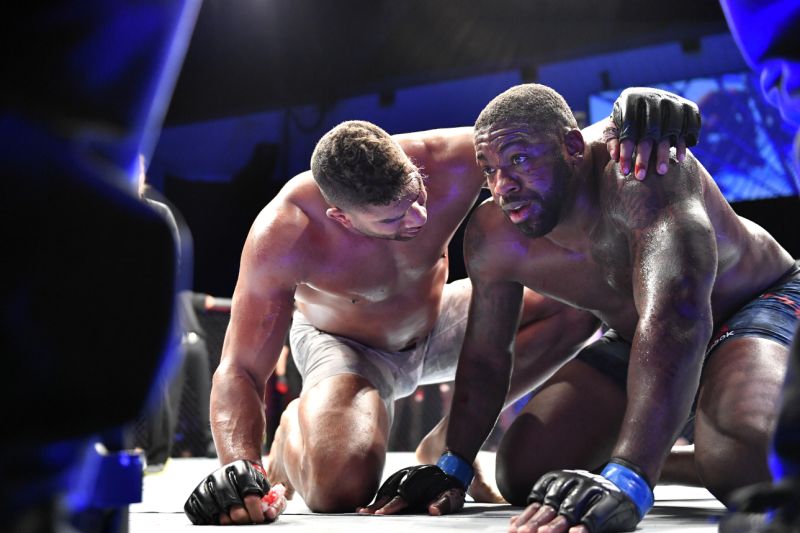 Top UFC heavyweight contenders Walt Harris and Alistair Overeem put on a terrific display of action at UFC Florida. This was Harris’ first fight since the loss of his daughter Aniah Blanchard last fall.

Harris had a lot of support from the MMA community when he was enduring the tragedy as well as going into this fight. In the opening round, Harris almost stopped Overeem, but the Dutch heavyweight was extremely resilient. He survived the round and later ended up on the top and controlled the fight. 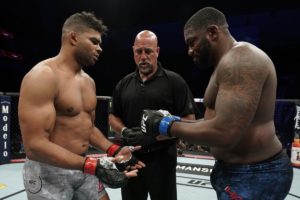 In the second round, Overeem landed a head kick and a huge right hand that dropped Harris. Overeem then followed up with a ground and pound, ultimately forcing the referee to stop the fight. Following his stoppage victory, Overeem embraced Harris and consoled him. He also offered Harris the opportunity to train together and now it seems like ‘The Big Ticket’ is considering it.

“Beautiful family bro! Gonna reach out soon to take you up on that offer! You’re the man! #GirlDads,” Harris commented on Overeem’s Instagram.

Following his victory, Overeem told the media backstage that Walt Harris needs to keep going. He also stated that whatever he had to endure was horrible.

"It is really important that we get back on the horse &keep going…and I think that's what's really important for Walt. Hats off to him & he needs to keep going." – @AlistairOvereem is all class after his #UFCFL victory over Walt Harris 🔊⬆️

“Walt is a cool guy. It’s horrible what he’s been through with the personal tragedy of his daughter. But also with the whole corona thing going on in the background, it’s really important that we get back on the horse and we keep going,” Overeem said. “So you know I brought my best version of me out there tonight took it very serious to training camp and all the details that go with it. And we just really need to get back on the horse and that’s what’s important for Walt. Hats off to him and he needs to keep going.” Overeem said.

Walt Harris delivered an emotional post-fight speech where he thanked UFC and said that the fans haven’t seen the last of him.

“First I just I want to say thank you. First and foremost to the UFC, they’ve been amazing through this whole process. My wife, my family and I are so grateful. We owe you guys everything. Thank you so much, Dana. Everybody Mick, Hunter everybody all the way down to the equipment people. I’m so grateful to you guys.”

“I’ll be back better. I promise you. You haven’t seen the last of ‘The Big Ticket.’ Imma go home and heal emotionally and physically and I promise you I’ll be better.” Harris said.

UFC News: Khabib Nurmagomedov and Tony Ferguson pay respect to one another on social media

Previous articleAnthony Smith defends his corner not stopping fight : ‘People are a little soft during the pandemic’
Next articleUFC News: Francis Ngannou provides his prediction for the Jon Jones fight if it happens