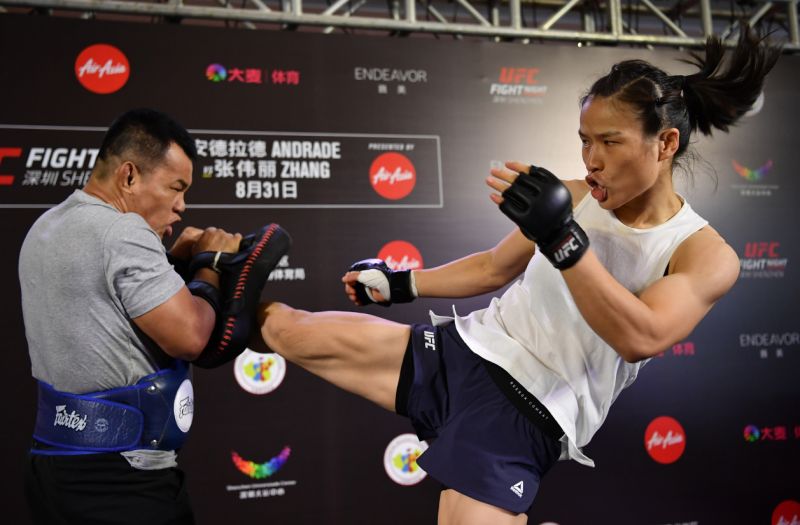 One of the most anticipated strawweight title fights between Weili Zhang and Joanna Jedrzejczyk will take place this weekend. The fight will take at the T-Mobile Arena in Las Vegas and will serve as the co-main event for UFC 248.

Ahead of the fight, both fighters were involved in a public workout session. 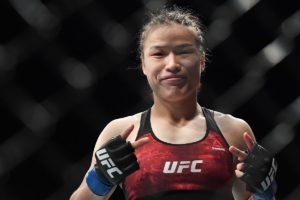 Weili Zhang was looking phenomenal during her open workout session. She displayed in what could be said as one of the fastest hands in women’s MMA.

Along with her incredible speed, she also showed her power. There’s a huge chance that she left her mitt pad holders with sore hands.

Weili won her title at UFC Fight Night 157 in august earlier this year after she knocked out Jessica Andrade in the first round itself. The fight took place in Shenzhen. She is riding on a 20-fight winning streak.

At UFC Boston back in October, Weili revealed that she wanted to fight UFC flyweight champion, Valentina Shevchenko next.

Jedrzejcyzk is one of the greatest women’s flyweight fighter and she is coming off of a dominant victory over Michelle Waterson at UFC Fight Night 161.

Who do you guys think will win this fight? Will Zhang remain champion or will Joanna get her crown back?

Previous article
UFC News: Jorge Masvidal claims Kamaru Usman won’t make it into the 4th round against him
Next article
The Gypsy King Tyson Fury reveals when he will retire