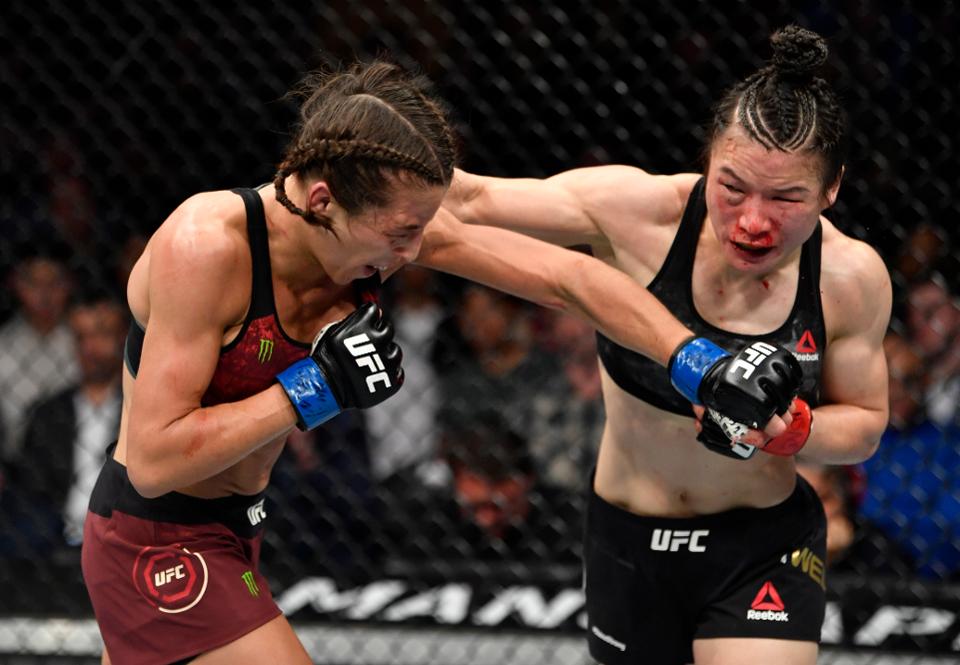 Earlier this month, Weili Zhang and Joanna Jedrzejczyk put on the most exciting women’s MMA fight in the history of the UFC. Zhang was defending her UFC strawweight title for the first time in the co-main event of UFC 248.

The fight was an extremely close one with many even thinking that Joanna won the fight. After the fight was over, Joanna developed a huge hematoma on her forehead. Now that she is healing properly, fans are wondering if they will get to see the rematch anytime soon. 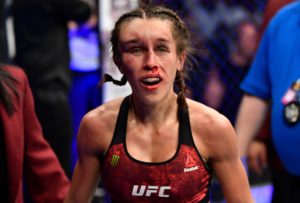 However, the champ Weili Zhang isn’t interested in rematching Joanna yet.

“I have no clue when my next fight would be yet, since everything is stuck by this COVID-19 pandemic,” Zhang said to ESPN. “I would like to fight here in the U.S. again, since I have seen a massive number of Chinese and Asian people here motivated by my fight who will definitely cheer for me. Also U.S. has the biggest MMA fan base. I don’t want the rematch yet. I would like to give opportunities to other fighters in line.”

Weili Zhang is disappointed by her performance

Despite her fight against Joanna Jedrzejczyk being highly entertaining, it was a very close one. Joanna was able to tag her inside with her swift punches and leg kicks. This fight was very different to ger last fight against Andrade, where Weili Zhang dismantled the Brazilian in just under a minute.

Weili is disappointed by her performance. However, she was glad that Chinese fans got to see her fight.

“I have not watched it yet, since I did not put on my best performance and showcase my best shape in training. I appreciate the support and recognition from all my fans, and I am glad they enjoyed the fight. Joanna and I both put on our toughness and will inside the Octagon to make the fight fascinating,” she said.

“People back in China are all very motivated and credit my hard work and show tons of respect to all athletes who compete for our country. Almost all mainstream media has interviewed me. I heard there were over 100 million views of the fight within 24 hours in China. So many fans jammed the Chinese pay-per-view website to watch it live, the server went down.” Zhang concluded. (H/T – BJPenn.com)

Who do you guys want to see Weili Zhang fight next?