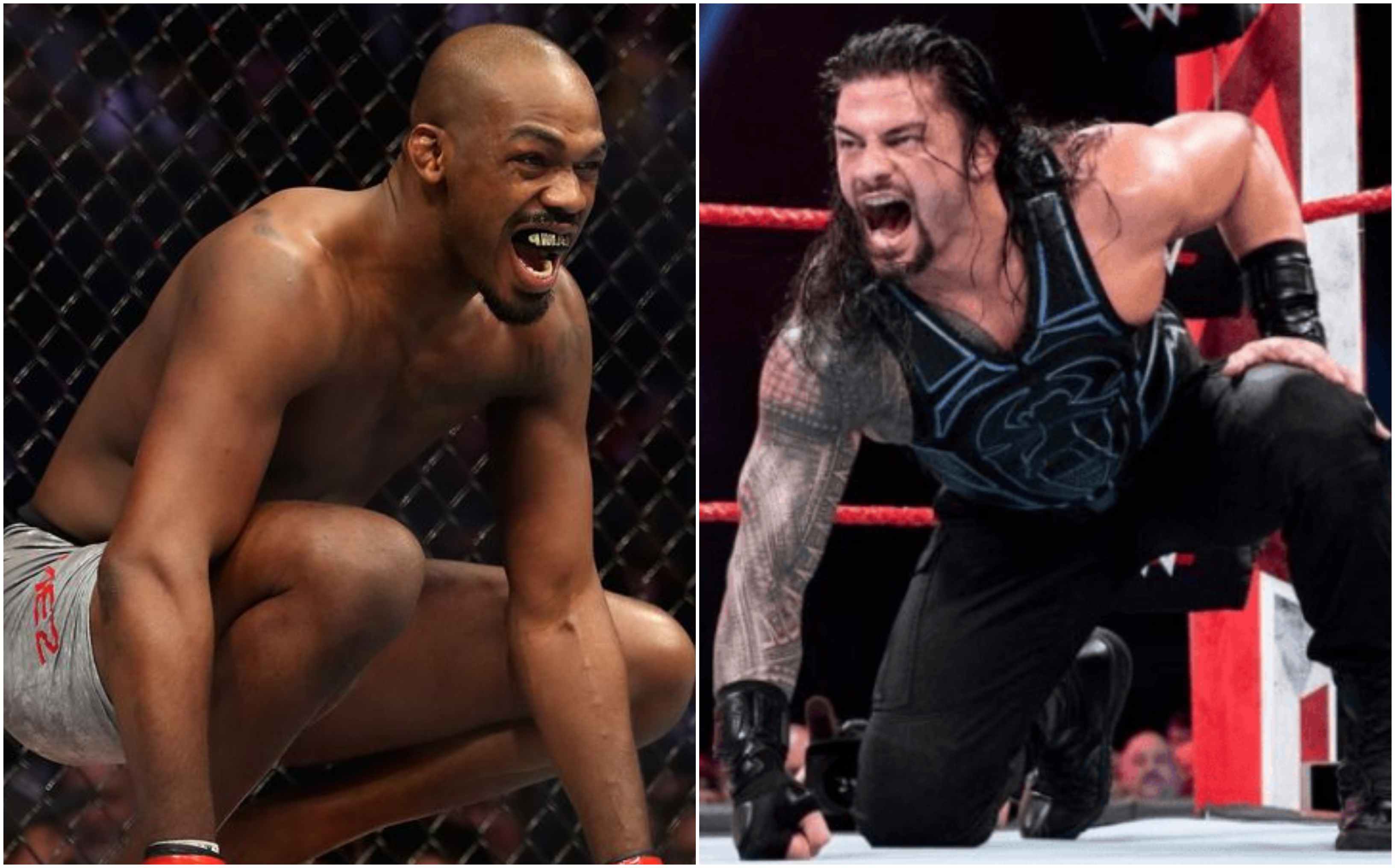 Jon Jones has expressed interest in stepping into the world of WWE, but Roman Reigns has a word of caution for him.

Jon Jones defended his UFC light heavyweight title with a victory over Dominick Reyes at UFC 247. Following his victory at UFC 247, he told  Justin Barrasso of Sports Illustrated that a move to WWE was inevitable. 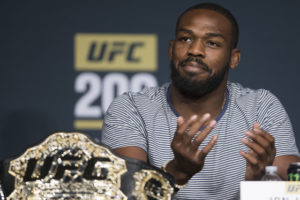 “I think it’s inevitable. I’ve always respected WWE, and I feel like the sports can be so similar.”

Jones added: “I have the size and athleticism and the following to transition over really well. To get the opportunity to just show up, even as a special guest, would be a dream come true.”

WWE superstar Roman Reigns was asked about Jon Jones’ interest in moving into WWE by TMZ. He said that if Jones is willing to put in the commitment, he should definitely step into the world of pro wrestling.

“Well, he’s definitely got tools, he is a bad man, no doubt,” Reigns said. “But obviously what we do is obviously a little bit different than the Octagon. It’s going to be a different travel schedule, different demands, but I definitely think he’s got a great name, he’s got a great work ethic and a huge career still going on in MMA. So I would say don’t worry about WWE now

“But I definitely think there could be a future for him in the WWE if he can put in the time and transition and develop the skills that we use,” Reigns said.

Roman Reigns warned the UFC superstar to stay clear of him as he would beat him in the WWE ring.

“It would be a hell of a fight,” Reigns said of a potential match-up with Jones, per TMZ Sports. “But when it comes to the squared circle, I don’t think there’s anybody better in the world [than me]. So, yeah, I feel very comfortable being in the ring with Jon Jones.”

Pro Wrestling has been kind to UFC superstars seeking a nice paycheque while steering clear of real fights inside the Octagon. Ronda Rousey and Cain Velasquez are amongst the most recent UFC stars transitioning to WWE.

UFC News: Jon Jones claims he is held to a different standard because of his track record