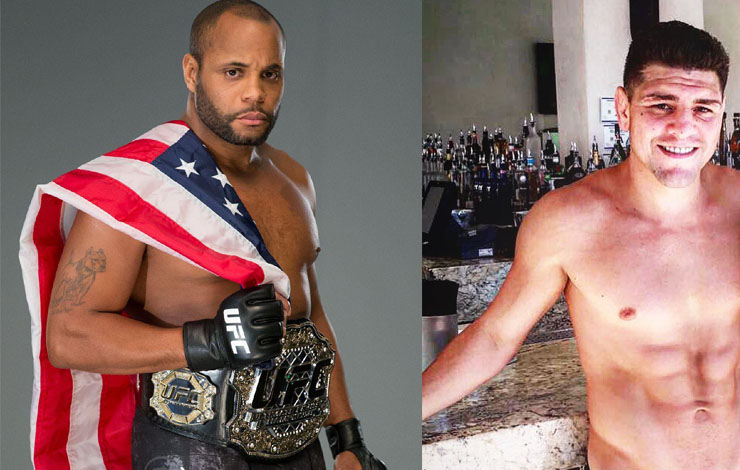 Ever Since Daniel Cormier won his UFC Heavyweight championship title by knocking out Stipe Miocic, it seems everyone wants to fight him. From Shogun Rua, Brock Lesnar, Yoel Romero and most recently to join the list of fighters to call out Cormier is UFC Veteran Nick Diaz. 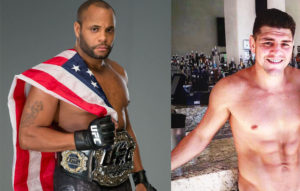 Even though Nick Diaz is facing domestic Violence charges and has three felonies to his name for a battery of his girlfriend. The charges are a felony count of battery constituting domestic violence by strangulation, felony battery domestic violence resulting in substantial bodily harm and felony domestic battery by strangulation and misdemeanor domestic battery. Diaz is out on an $18,000 bond. Diaz became eligible to fight again in April following a one-year suspension from USADA and according to an Instagram post from the Stockton native, he’s ready to fight for any title in any weight class.

“Sick of this all this ‘baddest man on the planet’ bs. I’ll fight for any title at Any weight. @Ufc wants to make bs wwf fights with guys that fight like (expletive) and put on an act. @dc_mma would look way worse than I do in this pic if he fought Anderson the way I did but instead he decided to wrestle (expletive) him for five rounds in front of his whole life And still almost got finished off in the last round with Silva only having two or three weeks notice @danawhite should give me this fight instead of (expletive) chest Brock Lesnars cheating ass #dontbescaredhomie nothing personal I love Dc but I don’t like what he does-constantly embarrassed for him and the sport

UFC: Stephen Thompson wants ban on sidekicks to the knee