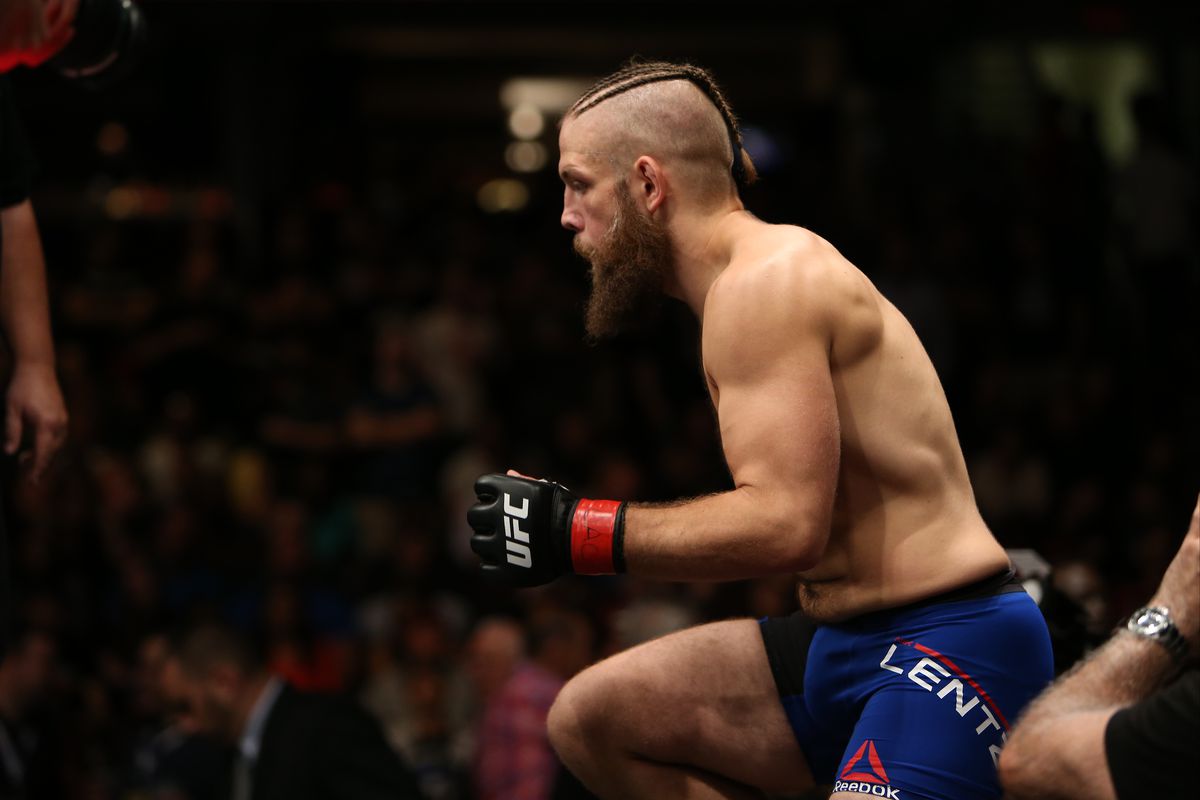 The UFC Orlando main event between Jeremy Stephens and Josh Emmett had its fair share of controversy thanks to an apparent illegal knee from Stephens. A portion of the MMA community argued that the knee from Stephens was illegal while another section had the exact opposite opinion.

Nevertheless, the referee did not stop the fight and Stephens ended up finishing Emmett just seconds after the incident. In a post-fight interview, the referee backed up his decision by saying that knee did not land on the head of Emmett.

While the MMA community is still debating about the whole scenario and UFC fighter Nik Lentz has weighed in his opinion as well.

In a tweet from his official Twitter handle, Lentz suggested an interesting solution to avoid such controversial knees in the future: make them legal. Not only did Lentz suggest making knees everywhere legal but he also said that he wouldn’t mind getting hit on the back of the head.

Without any surprises, the reactions that Lentz got for the Tweet were also mixed. While some users slammed him for the suggestion, others supported him.

“There’s also the other guy in there and it can only take one hit to the back of the head for permanent brain damage. There’s a reason it’s illegal in both UFC and boxing” one of the users replied.

Even though the chances of knees everywhere being legal would be a long shot, the opinion from Lentz is indeed a topic worth debating about. The 33-year-old Lentz currently holds a professional record of 28-8. He last fought at UFC Fight Night 121 where he finished, Will Brooks. Prior to this, he had suffered a defeat to Islam Makhachev at UFC 208 via a unanimous decision. The next fight of Lentz is yet to be determined.