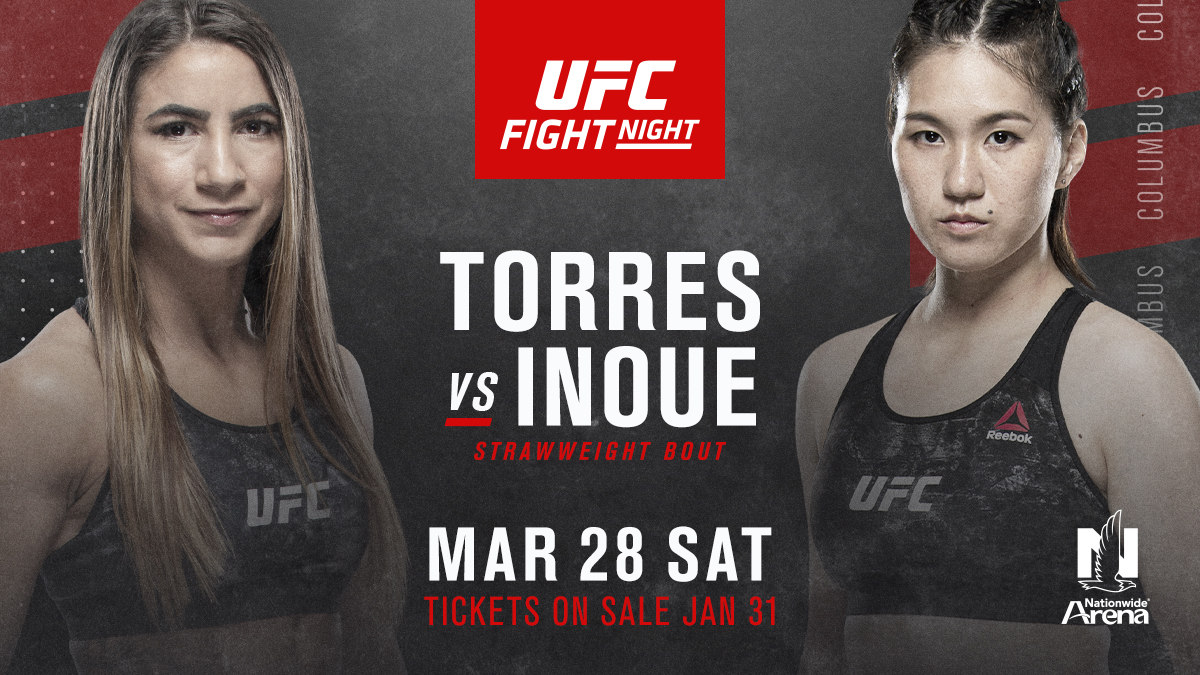 UFC No. 13 ranked strawweight Tecia Torres (10-5, USA) participated in The Ultimate Fighter: A Champion Will Be Crowned which launched her into UFC in 2015. She comes from a lifelong background in Taekwondo and karate. Torres has wins over Rose Namajunas and Michelle Waterson, and has faced former champion Joanna Jedrzejczyk and current champion Zhang Weili.

Mizuki Inoue (14-5, Japan) won her UFC debut against Yanan Wu at UFC Shenzhen in August, 2019. The former Invicta FC contender is also a karate practitioner who adds a wealth of submission skills to her repertoire. Inoue will look to earn back to back wins and climb into the UFC rankings at strawweight.