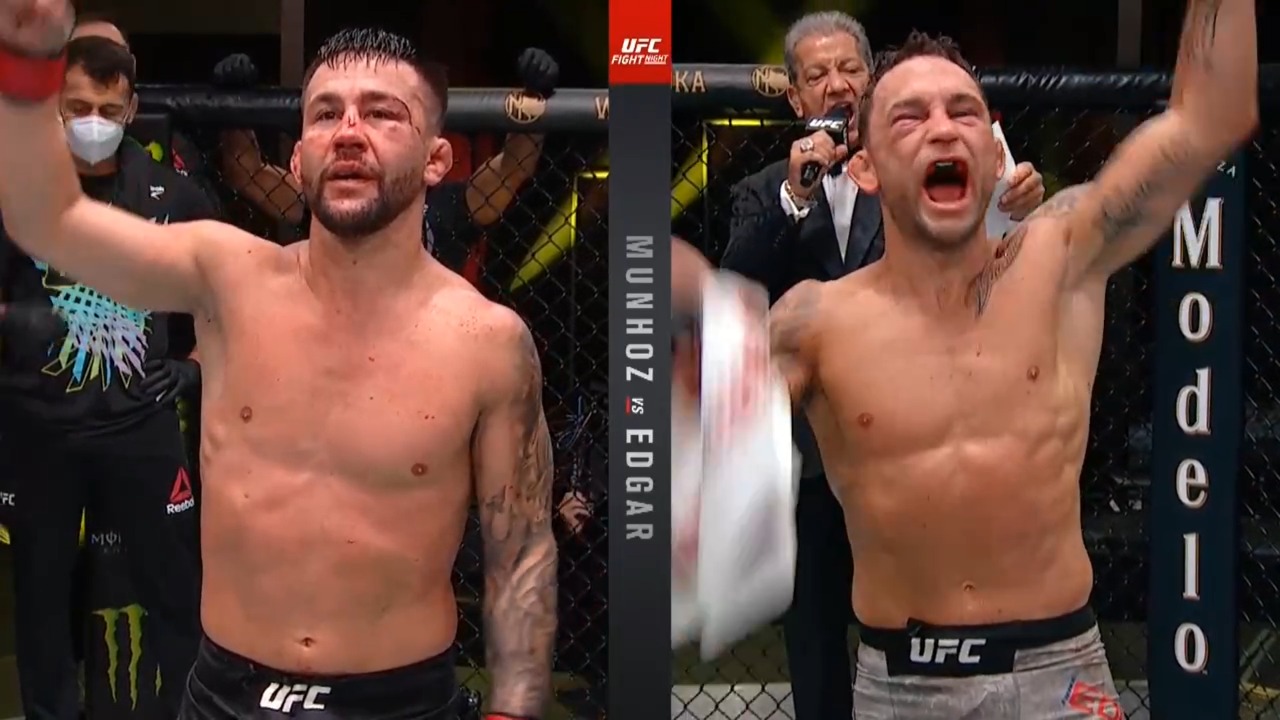 In an exciting bantamweight clash, former lightweight champion Frankie Edgar took on Pedro Munhoz in the main event of UFC on ESPN 15 at the Apex in Las Vegas, Nevada.

In the opening round, Munhoz controlled the tempo of the fight as he chased Edgar throughout the cage and countered him with his jab and kept him at bay with his leg kicks. In the second round, however, Frankie changed things around and he started shooting for takedowns along with applying his punches.

Edgar’s eagerness to go for the takedowns neutralised the kicks that Munhoz was throwing in the opening round. In the third round, Munhoz gained his momentum back and started throwing his keg kicks back and both fighters had their moment in this round.

The fourth round was extremely close but Munhoz continued applying his pressure and catching Frankie with hard rights hands and combinations. The fifth was a dominant one for Edgar as he landed his punches cleanly and staggered Munhoz numerous times.

The judges ultimately scored the fight for Frankie via split decision.

Who do you guys think won the main event?

Conor McGregor demands “responsibility and consistency” from politicians during pandemic