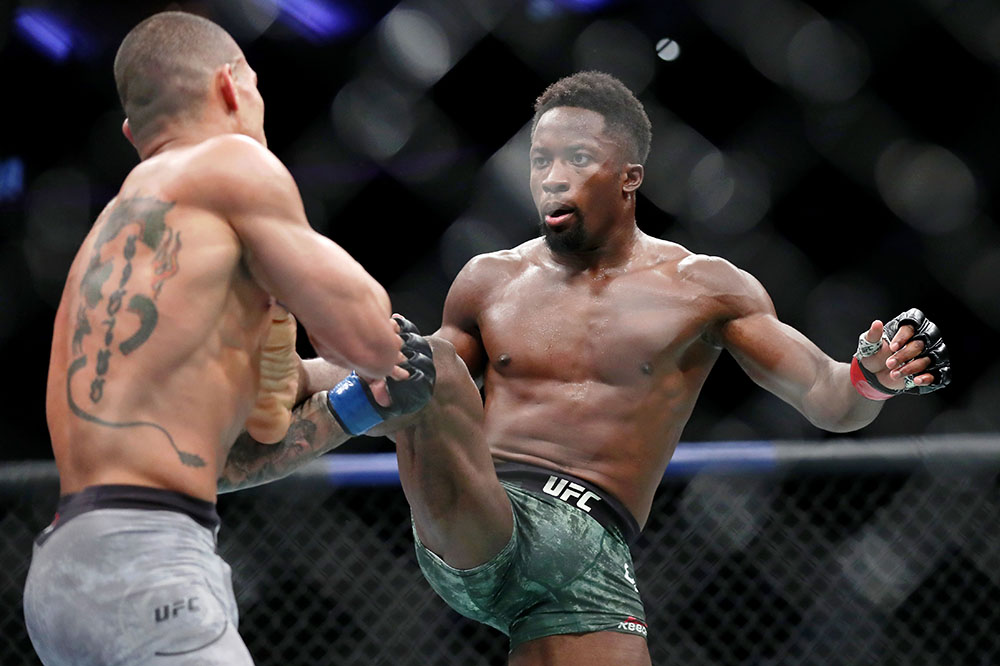 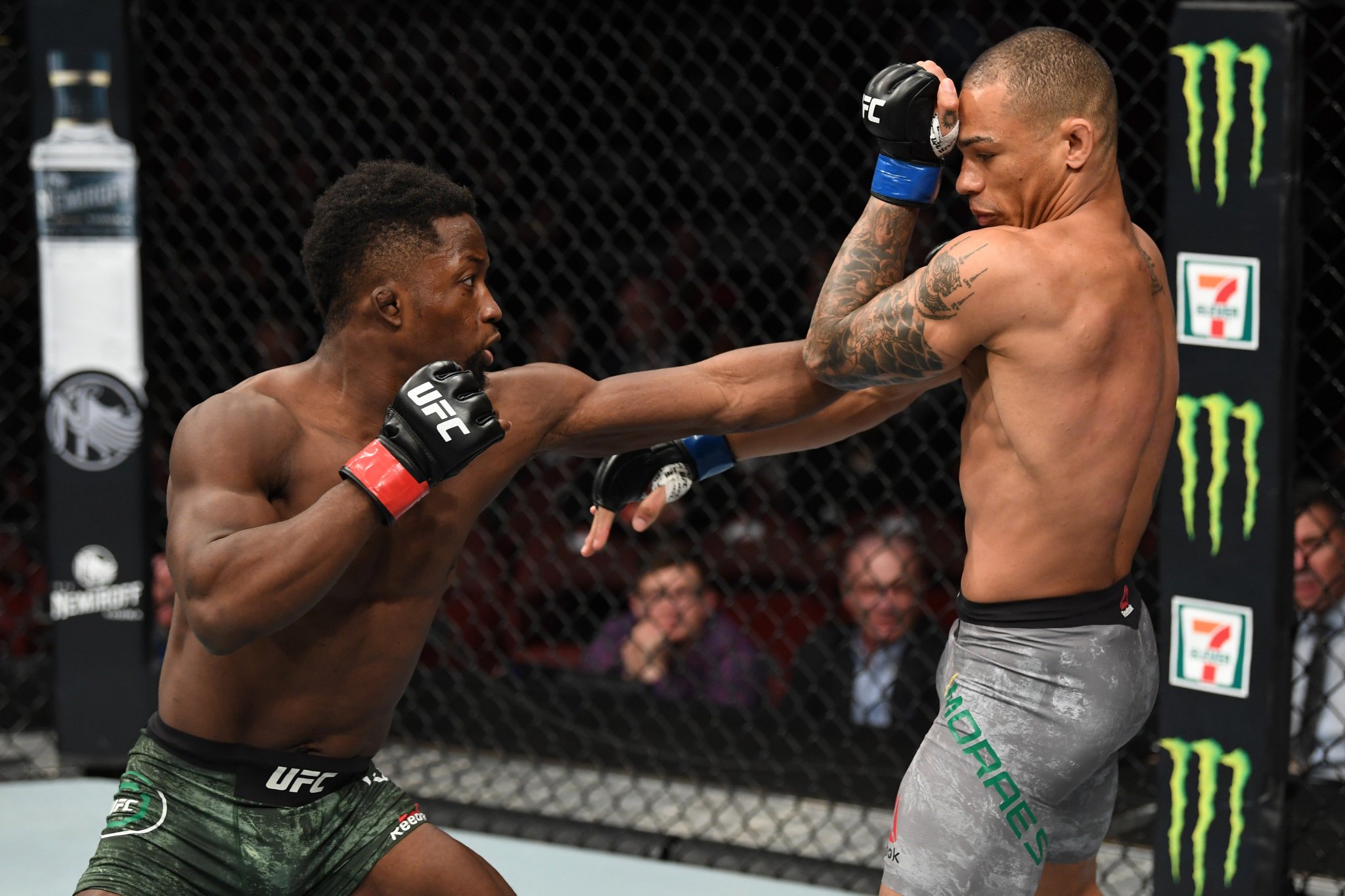 After appearing at Dana White’s Tuesday Night Contender Series last year, Sodiq made his memorable UFC debut  with a knockout of Suman Mokhtarianin in round 1 to win his first major MMA fight. Since then Sodiq has been riding high and eager to make a splash in the featherweight division. He did it tonight with his brilliant performance against a much experienced Sheymon Moraes, a technical striker with proficiency in Muay Thai. After a brief measure up, Sodiq opened the fight with a heavy body shot and began to walk Moraes down with his strikes and kicks seizing the opening round. Moraes had a resurgence in the second round as he began to land more strikes at distance. The Brazilian continued to surprise Sodiq with his body shot and elbows to secure the second round. Sodiq scored a big knockdown in the third round that changed the pace of the fight. Sodiq had all the chances to TKO Moraes with his barrage of punches from the mount position but Moraes managed to survive. Sodiq now has two straight wins and Moraes gets his second UFC loss.
https://twitter.com/ufc/status/1112136799093026817
https://twitter.com/ufc/status/1112137221014863872