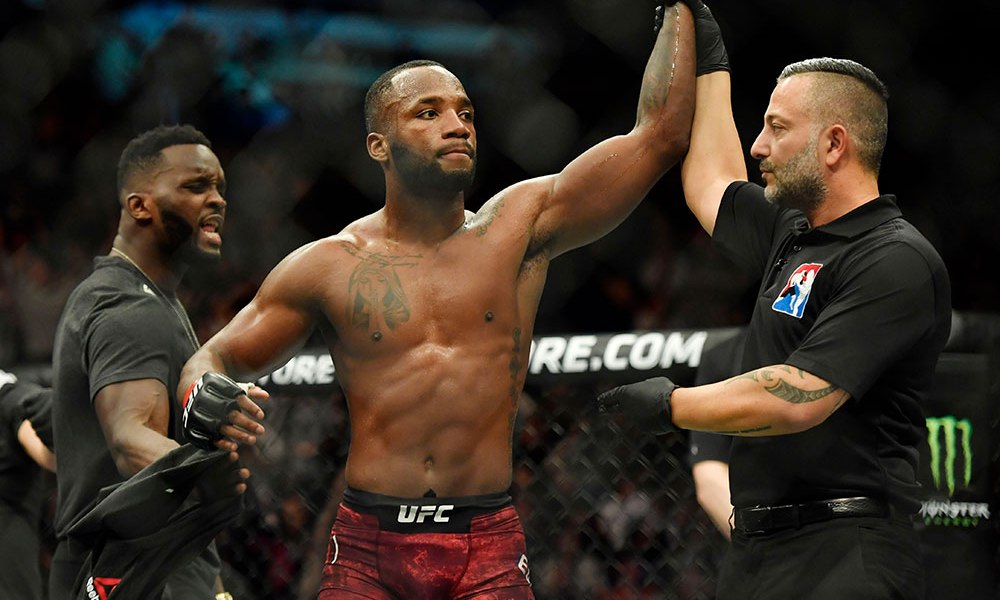 The main event between Leon Edwards and RDA turned out to be a show stopper welterweight bout as both the fighters put it on the line for the entire five rounds. Facing his toughest opponent, Leon put on a dominant and grueling performance as he grinded RDA to win his eighh straight win. RDA used his leg kicks and caused Leon’s speed to deter but the frequency was low compared to his previous fights. But Leon shined in close range and clinch where he landed some striking elbows and gave RDA a nasty cut over his right eye. As the rounds progressed, Leon imposed his game plan but RDA had very less to answer back. Even on the ground, it was all Leon who controlled the Brazilian with ease. With this win, Leon is now has the second longest streak in the welterweight division behind champion Kamaru Usman.