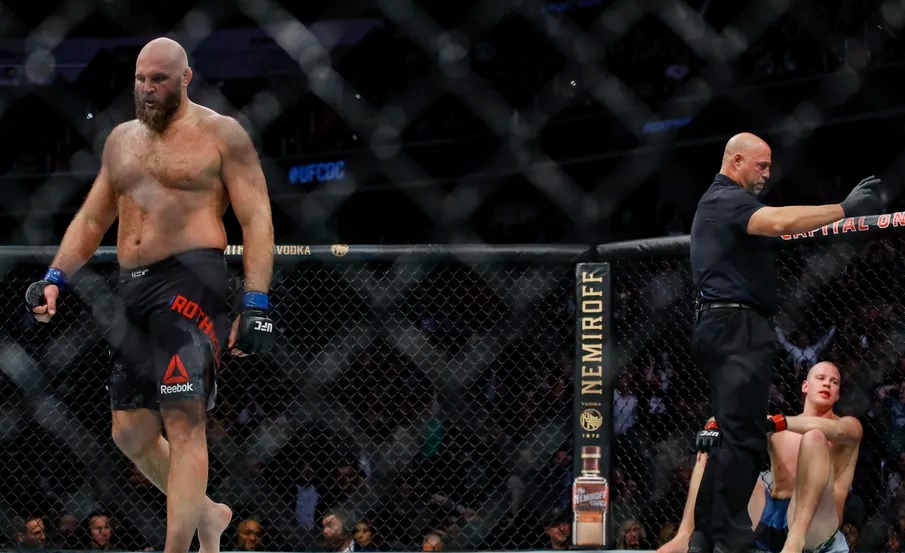 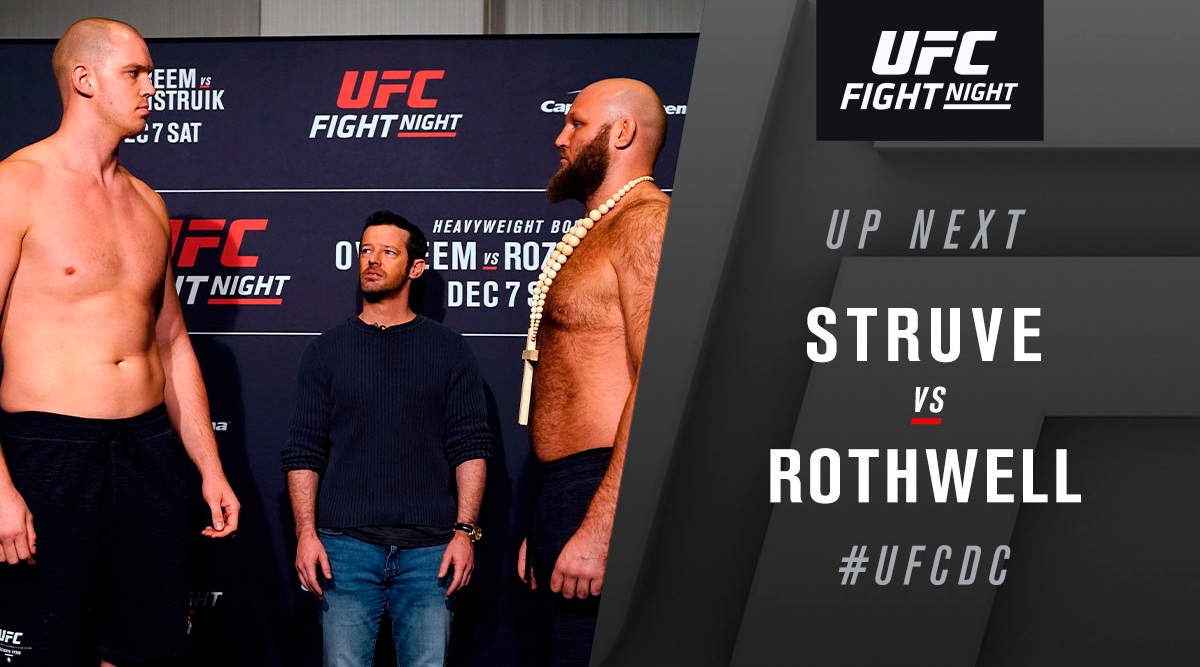 Stefan Struve proved he has balls of steel as he repeatedly got low blowed by Ben Rothwell, and still managed to continue to fight. But it came at a cost, as Struve was finished by a flurry of punches late in the second round. After losing three straight fights, Struve took a hiatus from fighting. With his comeback win in Feb’19 Struve looked like he was back on his old days and was ready to take on Ben Rothwell.

Unfortunately, the fight was marked by two painful low blows. First one came in the round 1 after Rothwell launched an inside leg kick. Struve took all five minutes to recover. Once back on the move, Struve managed to land some heavy head kicks and leg kicks that put Rothwell in danger zone. It was evident, Struve won the first round with his aggression and striking. But the unfateful, second kick came in round 2 again, as Rothwell tried to land an inside leg as Struve was moving side ways. This time, Struve only took a few minutes to regroup.

Rothwell, who was deducted a point and after restarting, rushed ahead like a possessed fighter. Struve managed to return with some counter shots but Rothwell’s punches landed harder. Struve eventually dropped to the mat covering up unable to defend. With this win, Rothwell captured his first win since 2016.

Ben Rothwell vs. Stefan Struve was heavyweight MMA in its moldiest, murkiest and yet nostalgically idiotic form. #UFCDC pic.twitter.com/YHdxcTEnn5

The crowd literally is “booing and yaying” every other second while waiting for Stefan Struve to continue #UFCDC pic.twitter.com/kvj7cX2vnq