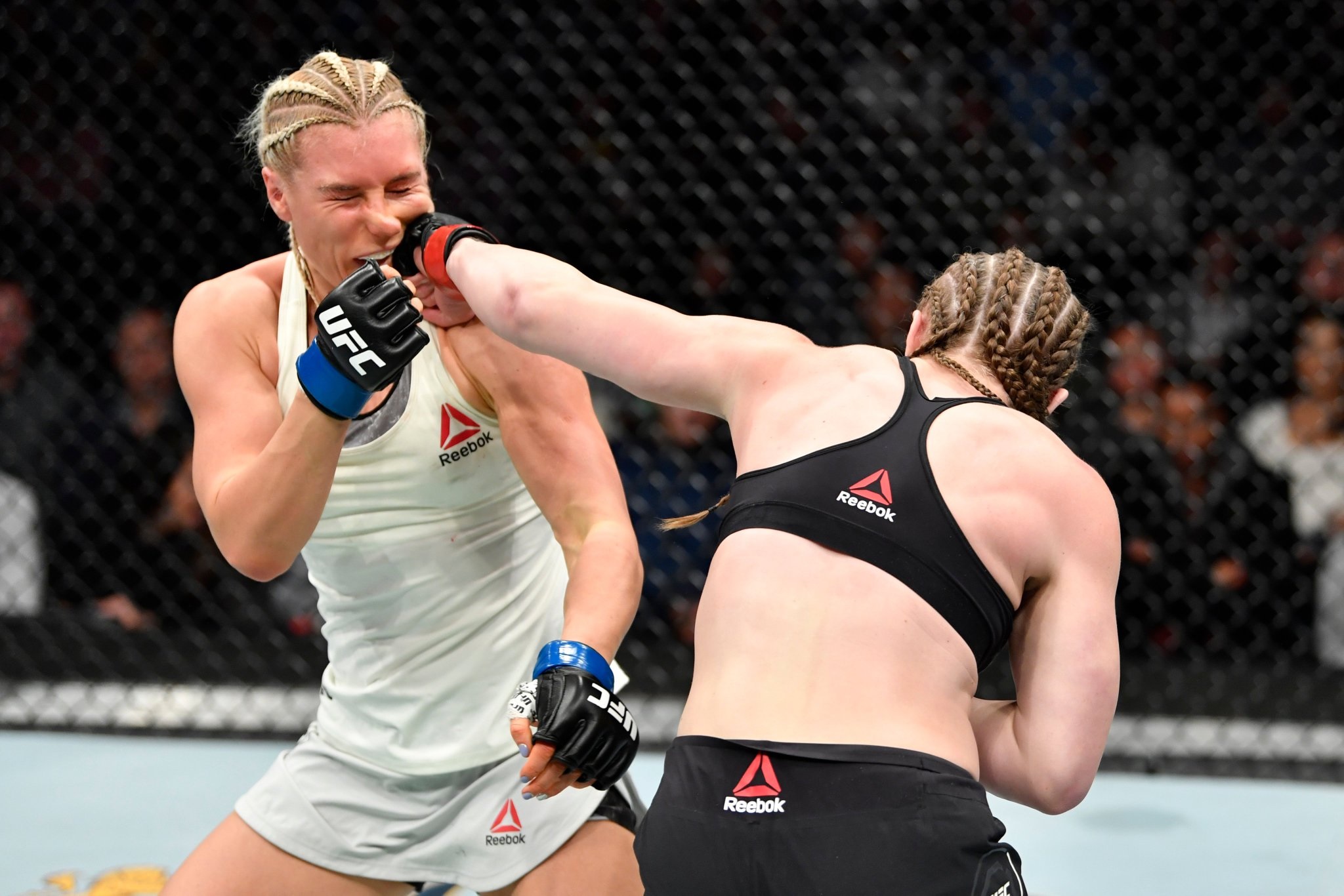 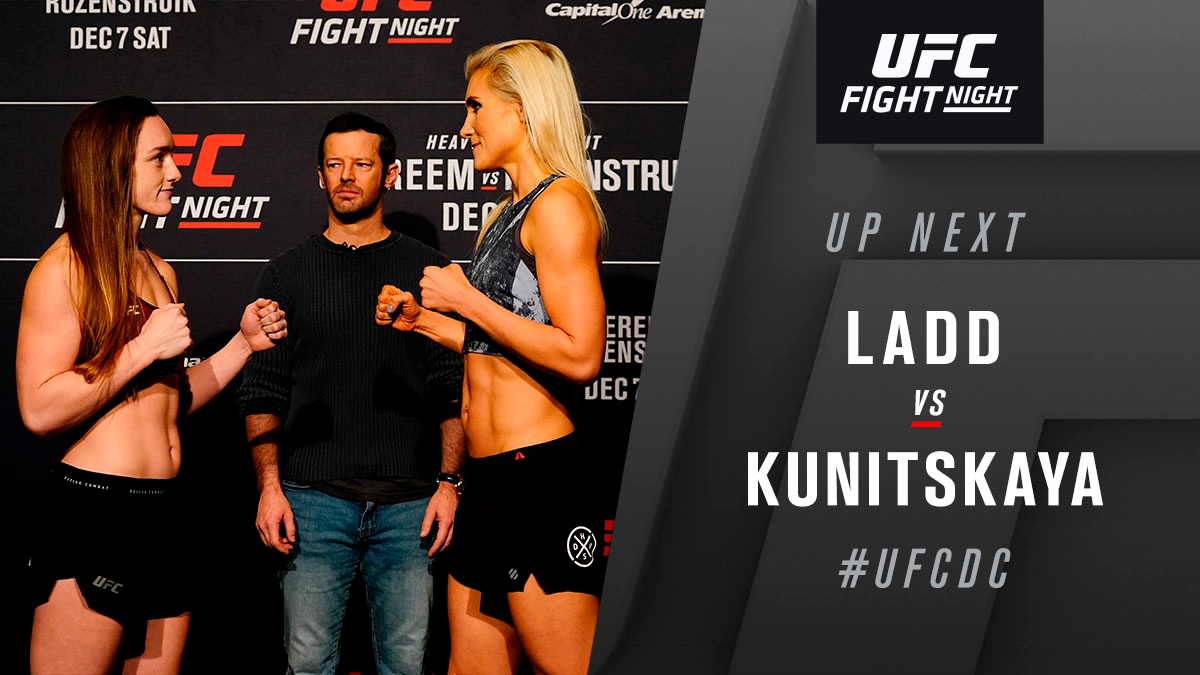 Paying close attention to your coaches could lead you through a breakthrough! Aspen Ladd did exactly that between the rounds and came back with a punishing left hook that lead to a TKO victory. After tasting a knockout loss for the first time against top ranked bantamweight contender Germaine de Randamie, Aspen Ladd came in to prove she is still a worthy contender in the women’s bantamweight division.

With the fight starting off on a slow pace in the first round, it soon turned direction after Ladd secured an outside trip take down. Once in a dominant position, Ladd advanced to take Yana’s back. Ladd began unleashing a flurry of punches as she furiously made it more vocal as she tried to finish the fight. But Yana survived the onslaught, setting herself free from the bad position. In the second round, Yana tried everything to keep Ladd away with her punches and kicks which were working for her as she blazed ahead in the judges score card securing the second round. But a fiery motivation from Ladd’s corner instructing her to keep punching until the fight is finished got Ladd all fired up. A perfectly timed left hand saw Yana drop on the mat and Ladd continuing to blast away until the referee finally saw enough and called a stop to the fight at 33 seconds into the final round.

With this win, Ladd improves her record to 9-1 in her career and 4-1 in the UFC.

Coach is NOT holding back 🤬

Fifth-ranked Aspen Ladd (9-1) reenters the bantamweight title picture, using the fire lit under her by her coach to blitzkrieg Yana Kunitskaya just over 30 seconds into round three! The 24-year-old owns seven finishes, six by her trademark, barbaric ground 'n pound. #UFCDC pic.twitter.com/lKlVfB4a4E