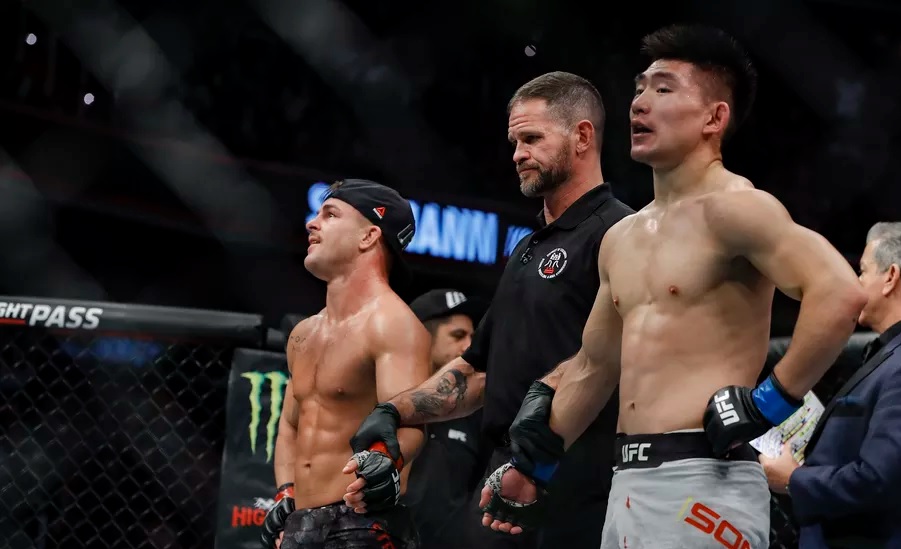 A slightest error can shift the pace and the outcome of the entire fight. For Cody Stamann and Song Yadong, the illegal knee in the first round from Yadong changed the momentum and the fight result with, neither of the bantamweights getting to win the fight. After a point was deducted from Song for the ill timed knee in the opening round, the final scorecards read 29-27, 28-28 and 28-28.

Stamann went for a takedown in the first round, but Song elegantly stuffed him and after fighting his way free from it, Song was  able to control him with his head under his arms. But Stamann was still a grounded opponent. The knee landed flush o his forehead. The referee wasted no time in taking a point away from Song. After realizing this could potentially cause major problems, Song came all out guns blazing on the feet. But Stamann was constantly throwing takedown attempts to slowdown the Chinese force. Stamann relied on his grappling to keep Song underneath him while he dished out punches to make sure the young fighter would stay grounded. After a back and forth content, judges scored the fight a majority draw leaving both the fighters stunned and disappointed. With just one win in 2019 for both Stamann and Song; a win tonight could have given them a climbing spot in the packed bantamweight division.