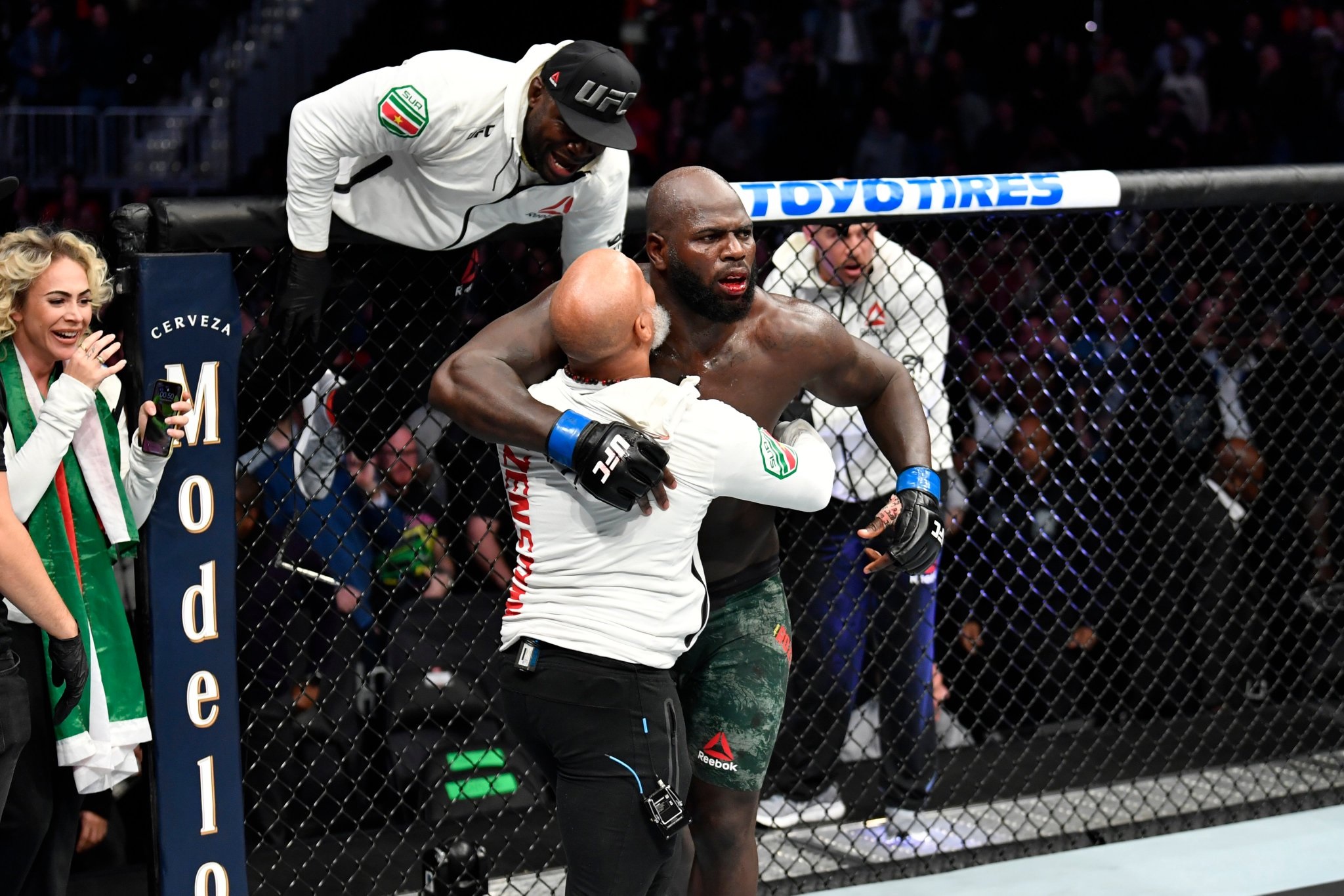 The main event fight was a big win-loose match up for both Alistair Overeem and Jairzinho Rozenstruik. If Overeem wins the fight, he gets the privilege to call out for a title shot. On the other hand, if Rozenstruik wins, he gets to call out a big name and make a name for himself in the heavyweight division. By looking at how the first three rounds went down, it seemed like Overeem was going to get his hand raised as he clearly won them all. But it’s the heavyweight division and one punch could change the careers and fates of fighters.

It took an awe-inspiring surge during that final round for Rozenstruik to get the knockout after connecting with a strong left and then following it with a right hand that exploded like a grenade in Overeem’s face, tearing his upper lip apart as he crashed down to the canvas. Rozenstruik walked away as if the fight was over but it was only after Overeem stumbled in his attempt to get back to the feet that referee Dan Miragliotta actually waived for the stoppage.

Overeem did everything possible to neutralize Rozenstruik’s striking and evade his power. He controlled the fight with his takedowns and ground game. Whenever he s on the top, Overeem dropped down short punches and elbows on Rozenstruik, who was clearly lost when it came to fighting off his back. Even after dropping three rounds, Rozenstruik displayed his durability but at times was barely surviving the onslaught from Overeem.

As the fight entered championship rounds, Rozenstruik was only throwing one strike at a time. Overeem made the most of it and punished Rozenstruik for his lack of engagement. But a sudden surge by Rozenstruik in the late fourth round changed the fight. His blistering combinations put Overeem against the cage. Slowly but steadily, Overeem began to fade and his cardio came into question. Finally with seconds left for the last horn, Rozenstruik unloaded his best move that dropped Overeem and without even worrying to follow up Rozenstruik just walked away in celebration.

With this win, Rozenstruik picked up the biggest win of his career over the former title contender and has the longest KO wins in the UFC’s heavyweight division.

Previous articleUFC on ESPN 7 Results – Cynthia Calvillo and Marina Rodriguez Fight It Out to a Majority Draw
Next articleWatch: Tito Ortiz chokes out Alberto Del Rio and holds on to the submission even after the tap!