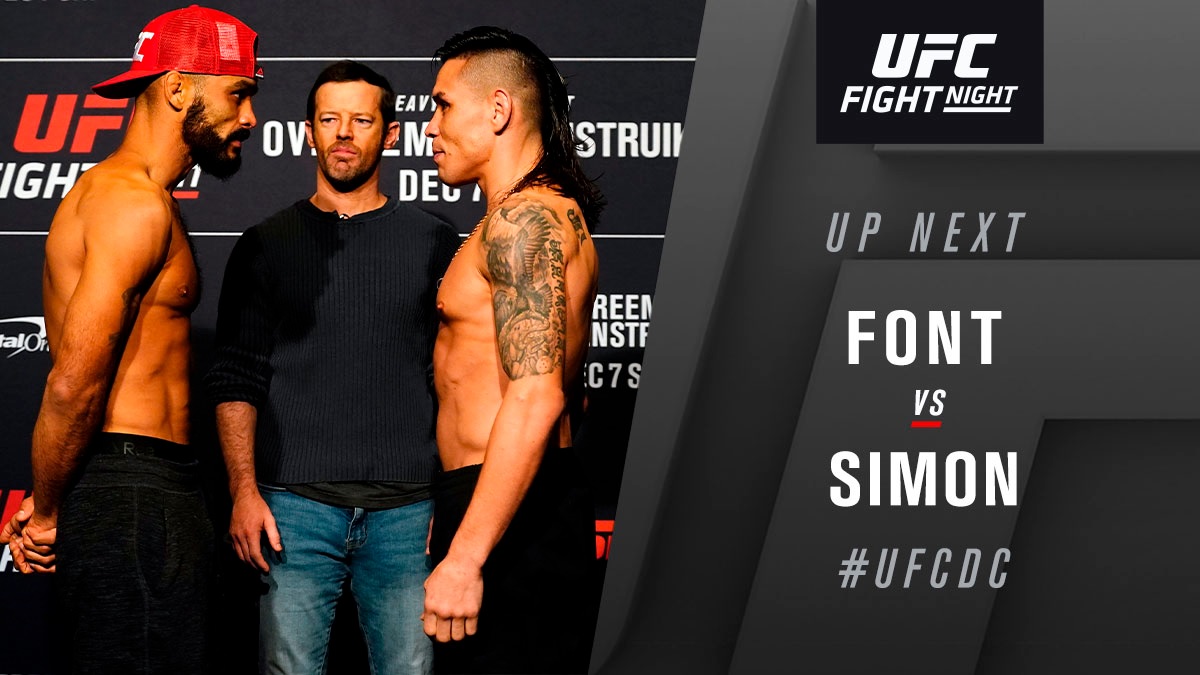 The main event kicked off with an all out slug fest as advertised between two tough-as-nails bantamweight contenders. Rob Font was making his return after being away from the octagon in 2019 due to reasons including last minute opponent replacement, his difficult weight cut and injuries. With his last UFC win against Sergio Pettis in Dec’18, Rob Font needed a win in this tough test against Ricky Simon.

Font was able to employ his jabs early on and Kept Simon on his back foot. His disciplined ground game neutralized Simon’s take down attempts in the first round. But as the rounds progressed, Simon was able to pick Font and drop him on the ground several times and was soon catching up with his striking on the feet.With clock ticking and final round at stake, Simon began to rush forward recklessly. Font made him pay with several perfectly timed uppercuts and denying him of any take downs. No matter what Font was throwing at, Simon still kept coming forward. A final take down from Simon looked like it could spiral him ahead in the judges score card, but he was unable to maintain control on the ground, allowing Font to get back to his feet and continue dishing out jabs. In the final 45 seconds, both the bantamweights started swinging for the fences with the hopes of connecting a thunderous knockout. In the end, judges scored the fight in the favour of Font who was happy to get his hand raised.

This fight is CLOSE 😨