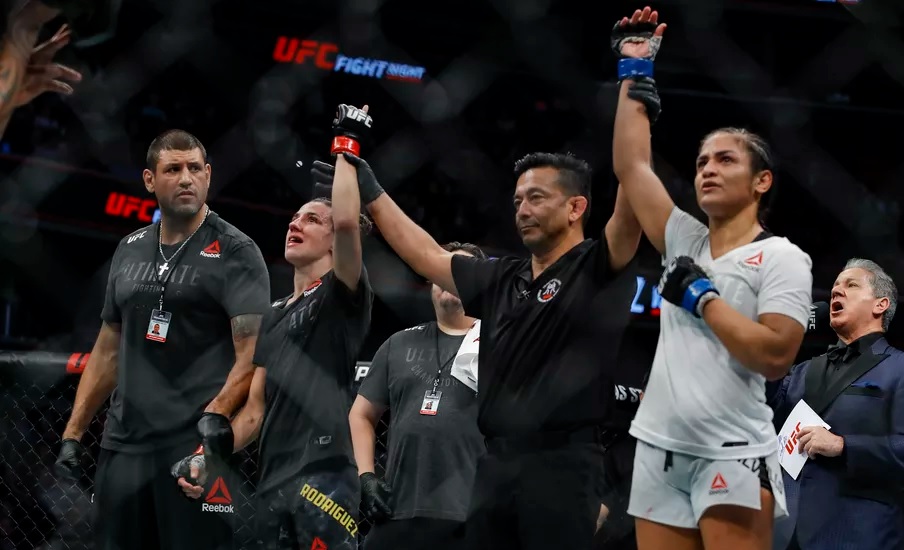 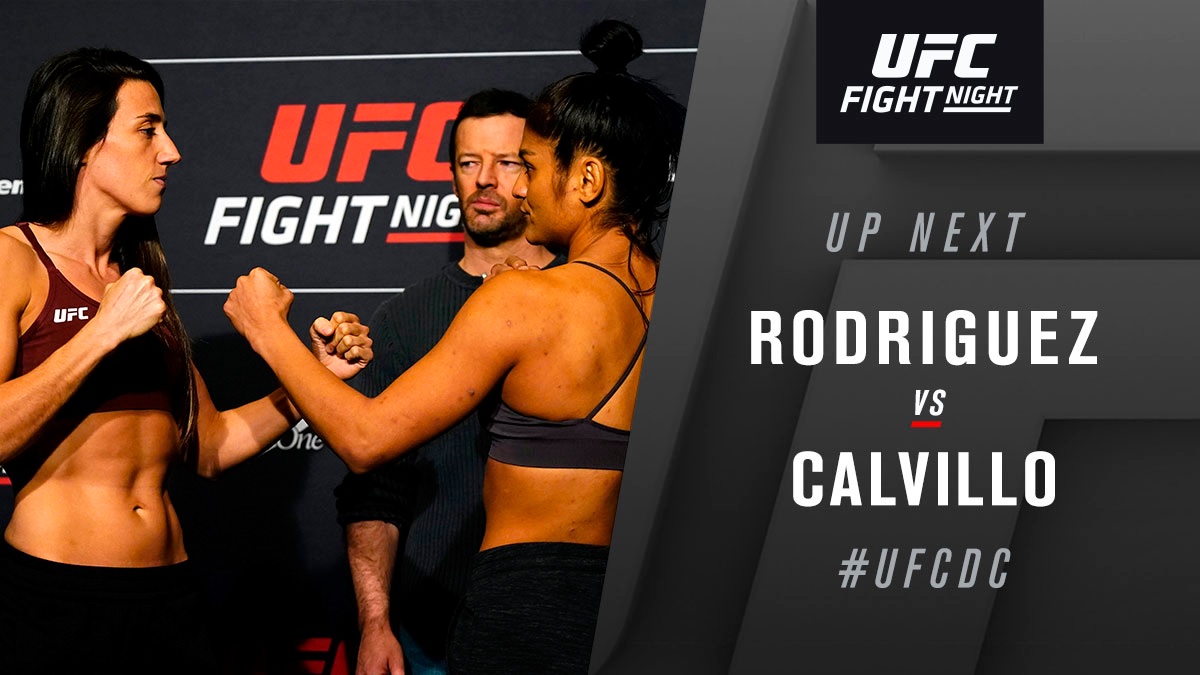 Coming in 5lbs over the limit and having given up 30 percent of her fight purse; Cynthia Calvillo was in a desperate attempt to win the fight against the rising Brazilian straw weight Marina Rodriguez. But it turned out to be the toughest fight of her career as Marina put her in tough spots right from the first round.

The co-main event fight saw Marina starting off strong as she secured the initial two rounds to her name by mixing up her punches, knees and take downs. Marina continued to use her range and striking as an advantage to keep the fight on the feet. She was having success with her clinch as she pulled Cynthia’s head and landed some devastating knees to her head and body while Cynthia struggled to break free. In return, Cynthia pressed forward with the game plane to take the Brazilian down to the ground. Her only moment of triumph came in the third round as she nearly pulled off a finish. Though she didn’t get to finish the fight, it did manage to give her some edge in the judges sore cards.

This was the second majority draw of the event, after bantamweights Cody Stamann and Song Yadong’s fight ended in the same fashion.

Body shot clinic 😳@WMMArz is putting it together in round two!

"She is smashing her with punches here."

We get our second majority draw.