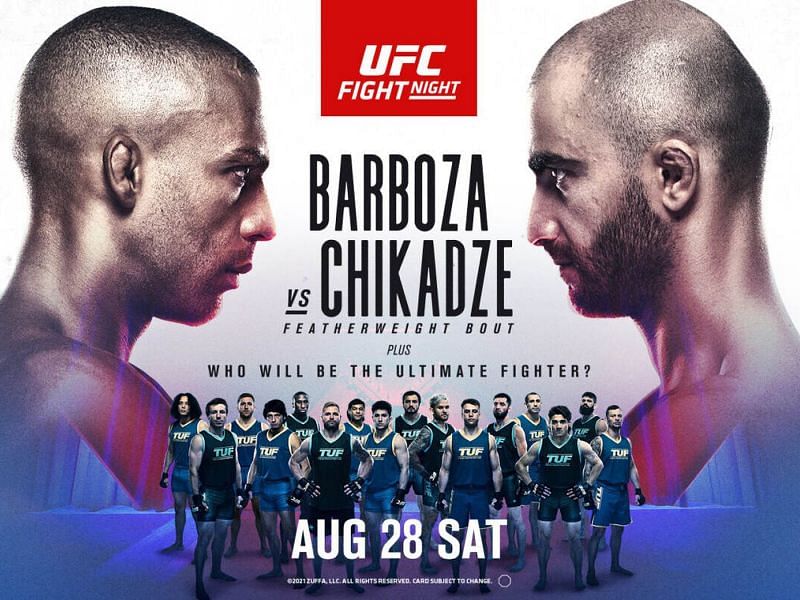 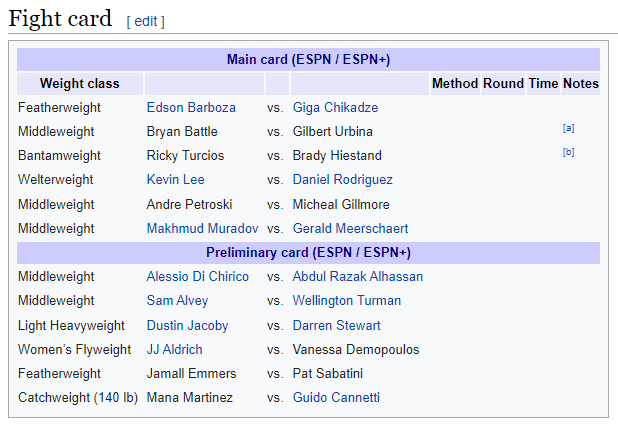 UFC on ESPN 30 brings us a highly anticipated featherweight match-up between Edson Barboza and Giga Chikadze.

This fight will be a treat for striking fans as both of these fighters are extremely high-level strikers. Giga Chikadze will step inside the Octagon to maintain his undefeated run in the UFC.

Chikadze was last seen in action against Cub Swanson on May 1 at UFC on ESPN 23 where he knocked out Cub in the first round via TKO (Body Kick and Punches). Prior to that, Giga knocked out Jamey Simmons via TKO at UFC on ESPN 17. So far Giga Chikadze is 6-0 in the UFC with an overall record of 13-2. His first loss came in his MMA debut in 2015 where he was defeated by Gil Guardado via decision at WSOF 26. His second loss came against Austin Springer at Dana White’s Tuesday Night Contender Series in 2018.

On the other hand, Edson Barboza has looked phenomenal ever since dropping down in weight class. In his last fight, he took on Shane Burgos at UFC 262 and defeated him via KO in Round 3. Prior to that, he defeated Makwan Amirkhani via unanimous decision at UFC Fight Night 179.

Takedown Defense (the % of opponents TD attempts that did not land): 78%
Average Submissions Attempted per 15 minutes: 0.1

Significant Strikes Absorbed per Minute: 2.67 Accuracy: 33%
Takedown Defense (the % of opponents TD attempts that did not land): 68%
Average Submissions Attempted per 15 minutes: 0.0