UFC on ESPN: Munhoz vs. Edgar 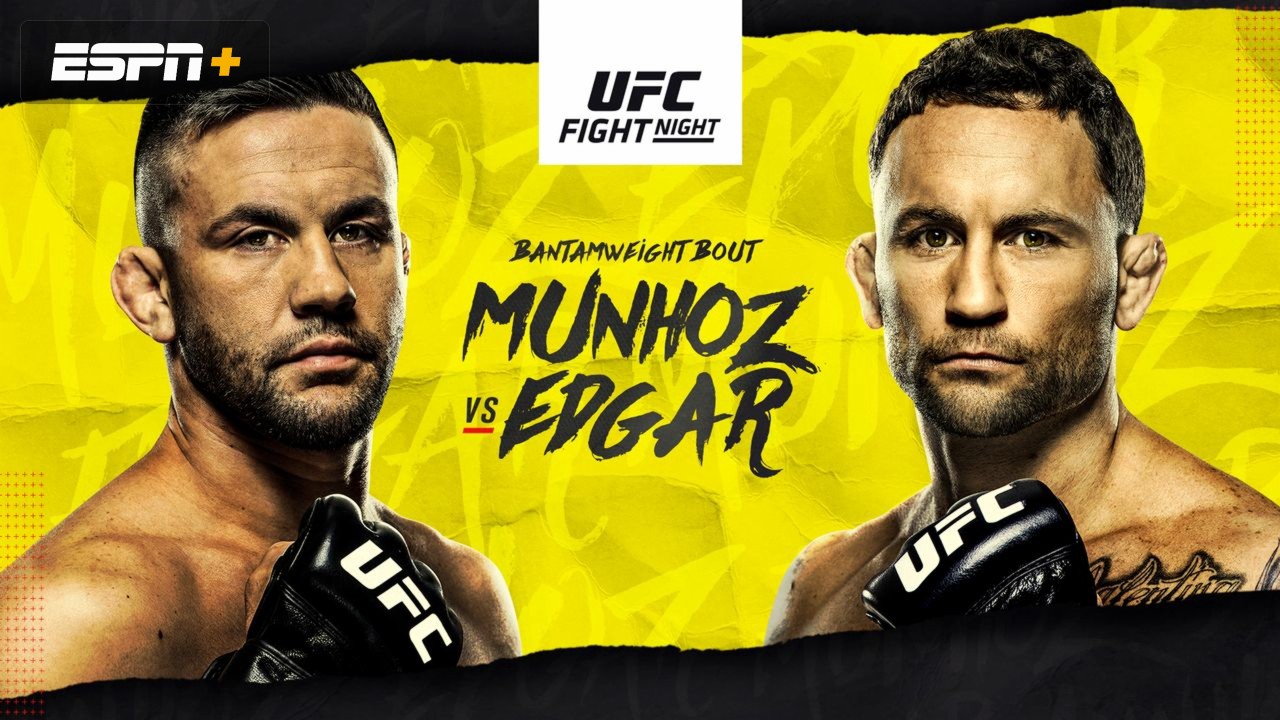 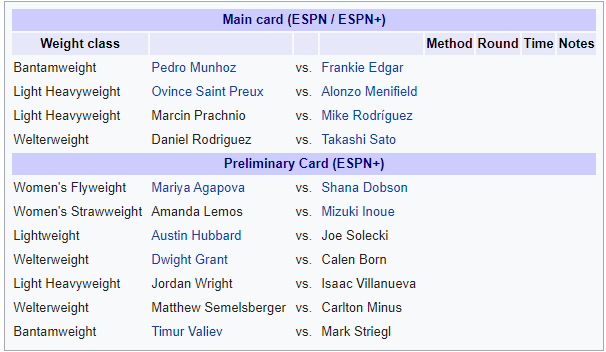 The biggest featherweight fight of all time took place between Conor McGregor and Jose Aldo at UFC 194. The fight took place at the MGM Grand Arena in Las Vegas.Heading into this fight, Aldo was looking forward to defending his title for the eighth time, however, McGregor ruined Aldo’s plan as he knocked out the Brazilian star in just thirteen seconds.

Frankie Edgar who also campaigned at 145lbs when McGregor took on Jose Aldo picked the Brazilian to defeat the Irishmen. Edgar told in a recent appearance on the Joe Rogan Experience.

“That’s a tough one too,” Edgar said. “That’s gonna stay like an infamy and Conor’s probably the worst guy coz he is gonna tell everybody about it and everybody gonna want to cover it,”

As soon as the bell rang at UFC 194, both fighters took the centre stage of the Octagon. McGregor threw his classic left hand at the very beginning, which Aldo dodged and he then followed up with a swinging right hand of his own.

But Aldo wasn’t lucky this time around. McGregor took a step back dodging the punch and landing a counter left on Aldo’s jaw, which ultimately knocked him out.

Meanwhile. Frankie Edgar was present in cageside at UFC 194 and he was riding on a five-fight winning streak. He had defeated the likes of Chad Mendes, Urijah Faber, Cub Swanson, BJ Penn etc. He was supposed to fight McGregor next.

“Conor did that [Knock out Aldo] and then I hear him talk about going up to 155lbs, I am like ‘Damn, there goes my chance’,” Edgar concluded.