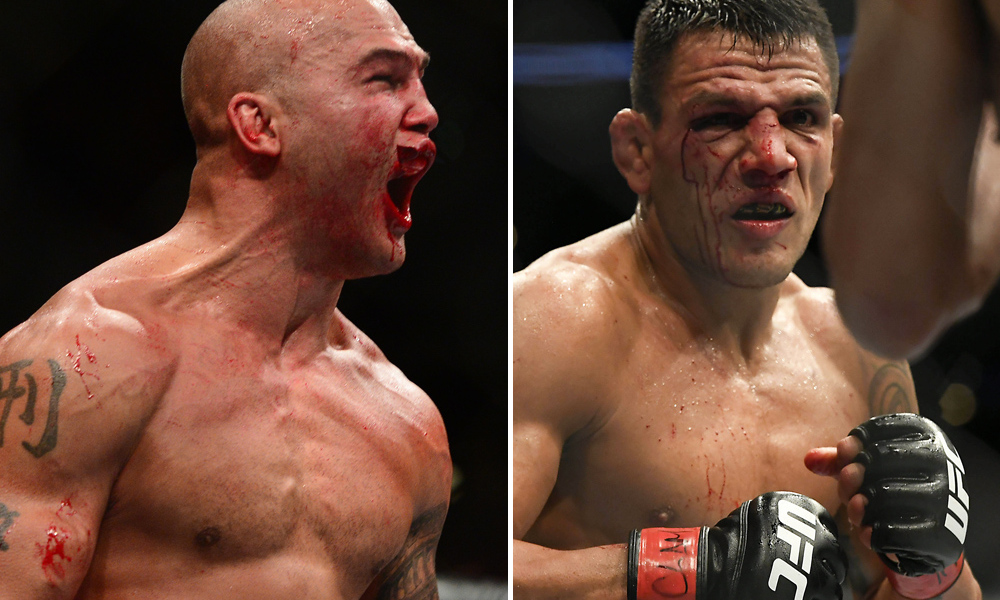 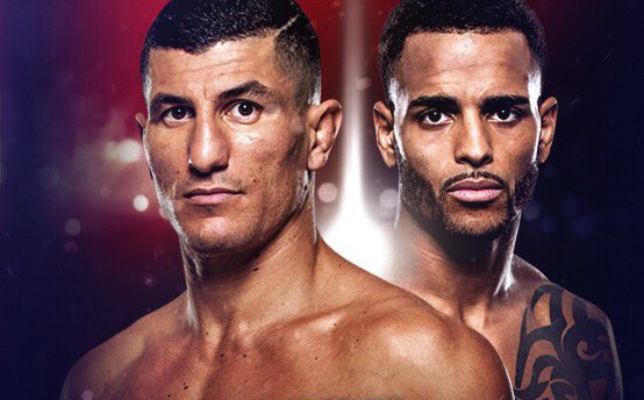 Primarily a standup fighter with incredible boxing and kickboxing skills, Nordine Taleb also has a pretty solid defensive game which he showcased in his previous appearances. His fight with Erick Silva was ended in a spectacular KO remining everyone about his punching power and why he’s a tough nut to crack. Danny Roberts has a decent background in professional boxing but that didn’t go quite well against Mike Perry as he was knocked out, giving him his sole UFC loss. His ground game won’t be effective against Nordine, and only has to rely on trading shots with Nordine. What makes this fight interesting is the fact is that there is little or no scope for them to take the fight to the ground and most likely it will be finished on the feet. 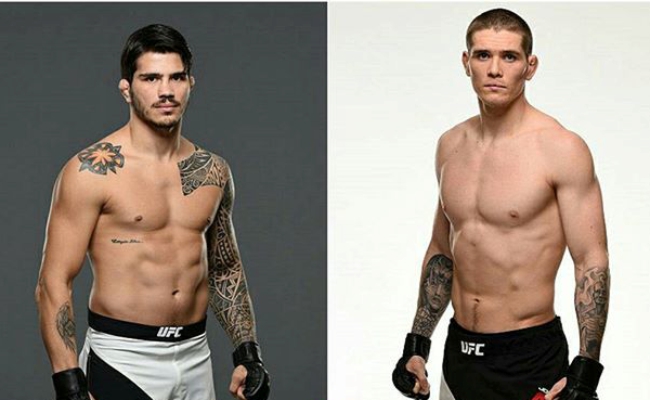 Despite being on a three-fight losing skid, Jordan Mein is still the same dangerous technical fighter who first stepped inside the octagon four years ago. Having fought only once each year since 2015, his inactivity has caused him the losses and now faces a tough situation with his back against the wall. Same goes with Erick Silva, who once entered the UFC with a lot of hype behind him. His on-and-off losses have somehow kept him on the roster, but with two losses in a row he can’t afford another one. Both the fighters need a win to keep their UFC run intact, but chances are either of them will face the door with their next loss. Erick Silva’s chin has been the matter of concern in his last few fights and if Jordan uses his technicality to find the spot, he could very well end Silva’s night. 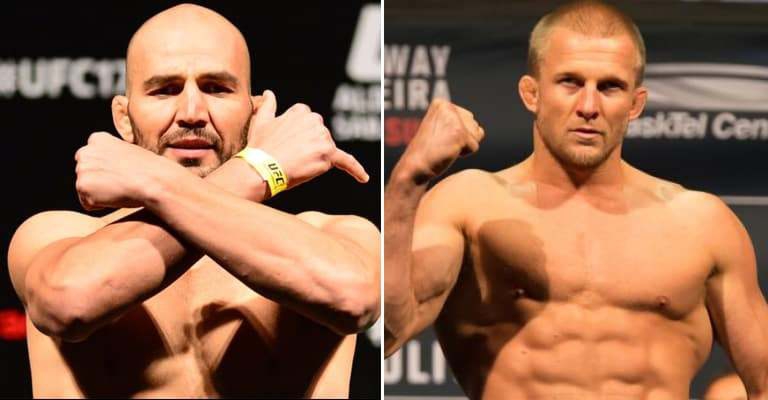 Both the light heavyweight power houses enter the contest with a previous knockout loss to the top contenders. Teixeira has not been the same since his KO loss to Anthony Johnson who snapped his three-fight win streak. When faced with lower ranked fighters, Teixeira has fully displayed his stand up and ground game, but with top dogs he has unable to fully implement his plan exposing the loop holes in his game. Same is the story is Misha, who when stepped up against Volkan Oezdemir had his four-fight win streak snapped in just 28 secs. It’s a classic striker vs. grappler match up, but still a dangerous one as Misha would use his ground game to grind the older Teixeira and the later would prefer to finish the fight on the feet. 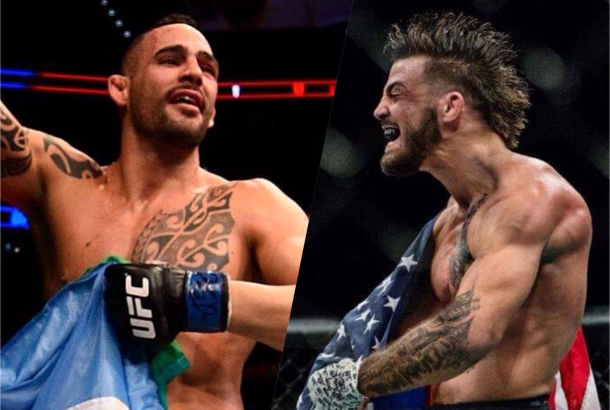 The division’s hardest and nastiest punchers collide in this ‘Fight of the Night’ candidate contest as Santiago looks to continue his five-fight win streak while Mike Perry warns him to keep his fingers in check. Santiago broke into the top 10 with his controversial KO win over Gunnar Nelson. Surprisingly Mike Perry is no where near the #15 rankings despite his flashy wins. Regardless of the rankings, this is still a very exciting matchup. Santiago hasn’t faced anyone like Mike Perry and would be wise on his part to not engage in a brawl that could not end very well for him. His long range and constant jabs are enough to irk Perry where he can implement his technical superiority to get the fight to the distance. For Perry, this is just another opponent that he needs to discard until he gets the calling for the title shot. 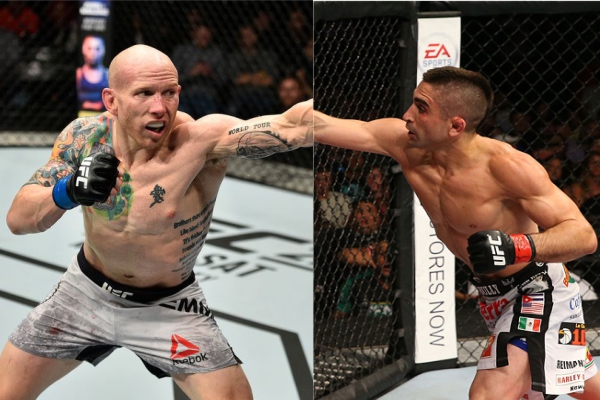 Deprived of his rematch against Jose Aldo, Lamas had to settle for the replacement. Lamas looked like a force in his last two appearances with a submission win and a first round TKO win. He’s got all the skills in this featherweight division, but fighting big names is what has been his major set-back. His striking might not be at the level of Josh but his takedowns and submissions are on point. Josh primarily being a wrestler has showcased his boxing skills and punching power. There’s nothing that Josh has not seen, but in terms of a big name this would be the biggest test of his career.  A win over the #3 ranked Lamas could see him propel in the division and seal another big name fight next year. 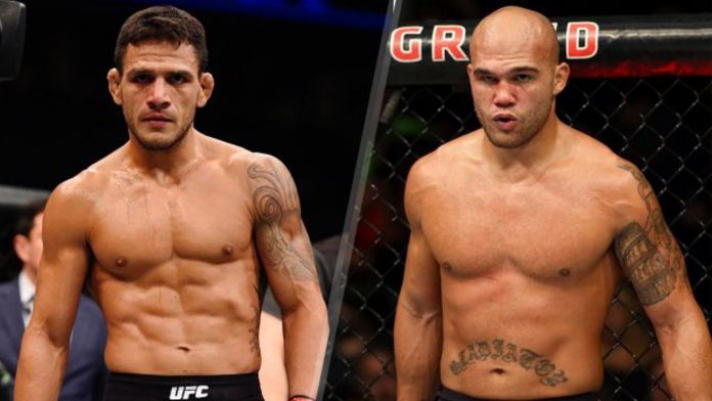 A pivotal fight in the welterweight division, with the winner receiving the next title shot against Tyron Woodley. Both these fighters being southpaws makes it even more interesting to watch. Robbie is a pure brawler who can stand and trade with any welterweight given his high rate of absorbing punches. He just doesn’t want to take his opponent to the ground and get the job done. He’s more of a come at me kind of fighter who when gets into ruthless mode can inflict a lot of punishment. There is nothing new that Dos Anjos can bring to the table. Stalking pressure – check. Hard kicks – check. Takedown attempts – check. On the other hand, Robbie brings in his four-inch reach advantage, heavy hands, leg kicks and unmatched aggression that Dos Anjos has not felt in years. The question is can Dos Anjos face the early onslaught brought by the former champion.

Previous articleRafael Dos Anjos wants to make it a long fight against Lawler
Next articleFriday Fighter of the Week: Manthan Rane