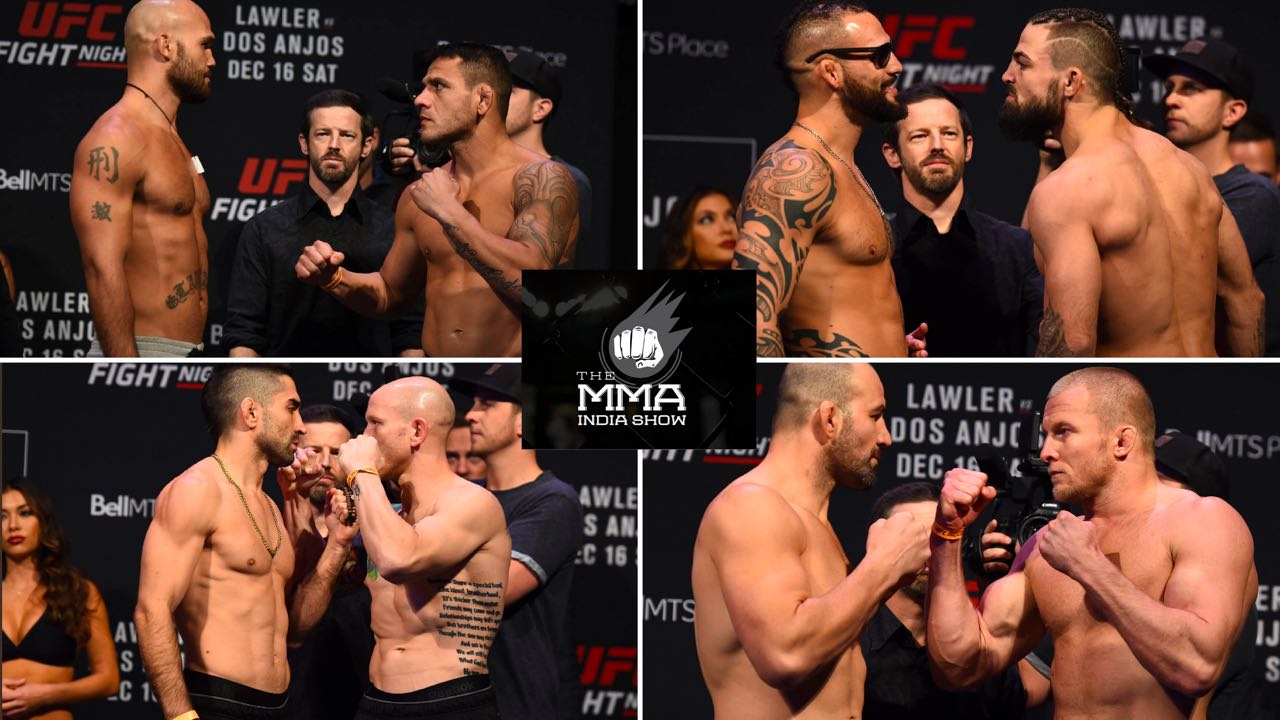 UFC returns to Canada, with UFC on FOX 26 emanating from Manitoba. The card is headlined by two of the top welterweights, as Rafael dos Anjos and Robbie Lawler vie to become the number one contender for Woodley’s title. Here are the results from the prelims card. 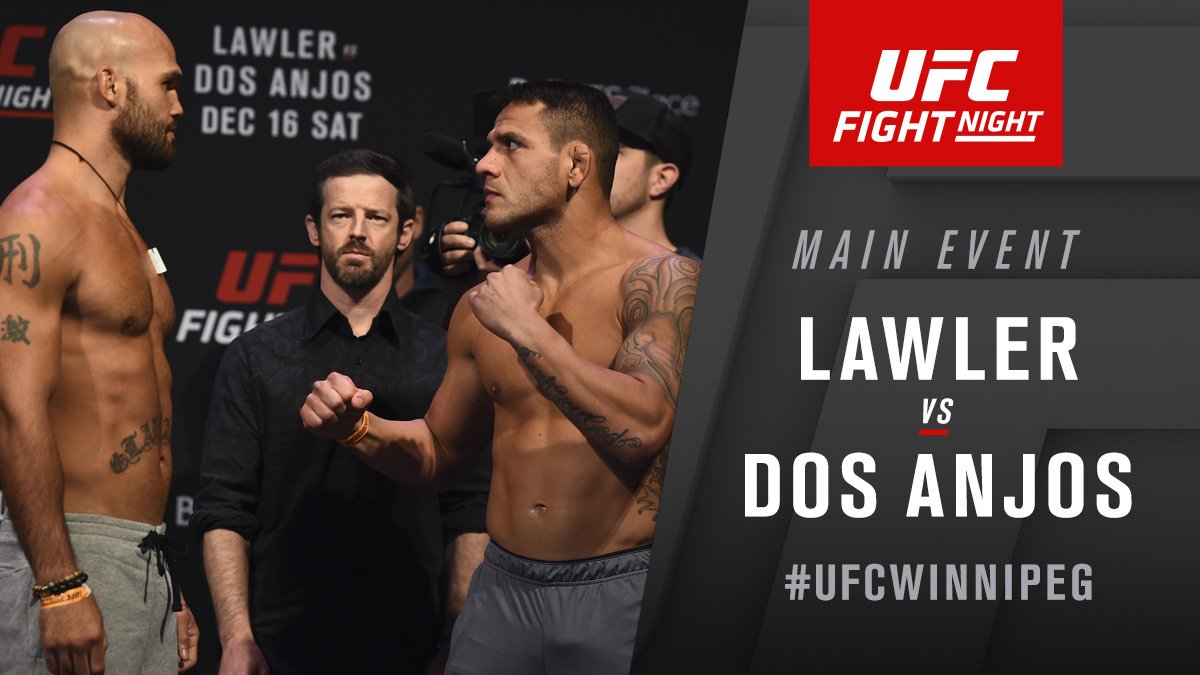 Round 1: Robbie took to the centre of the cage, while RDA started early with an outside leg kick. Robbie started setting traps, while dos Anjos kept landing leg kicks. Both the fighters exchanged with in the pocket briefly, with Robbie connecting with a right. RDA then tied up with Robbie in an inside clinch against the fence, as Lawler landed some knees. Both the fighters then created separation, as the round ended with Lawler throwing an overhand left that just brushed RDA.

Round 2: Both men let their hands go in the opening minute of round two, as dos Anjos managed to pin Robbie against the fence, and landed a barrage of punches. RDA connected with some knees, but Lawler covered himself, as dos Anjos got tired after the exchange. RDA got back to working on Robbie’s lead leg, as Robbie got back into the fight. By the end of round two, Lawler found his footing.

Round 3: Rafael dos Anjos immediately went for a takedown, and secured it in the opening minutes of the third round. Both men then tangled in a Thai clinch, with RDA working on Robbie’s body with body shots and knees, while Lawler tried to mount pressure on RDA, and tire him out. RDA then connected with a left hook and pushed Lawler to the ground, followed by RDA connected with substantial ground and pound. The round ended with dos Anjos getting the upper hand in the exchange.

Round 4: Robbie could barely put any weight on his right leg, as RDA once again dominated the proceedings. RDA tied up with Lawler in the clinch, and kept peppering Robbie with body shots and knees. dos Anjos walked down Lawler, pushing him against the fence, and let his hands go, as Lawler tried to cover up. Lawler couldn’t put weight on his leg, as RDA pinned him against the fence. dos Anjos ended the round with a flurry, and connected with a flying knee!

Round 5: The fifth round was largely the same, as RDA mounted pressure on Lawler, walking him down. dos Anjos secured a takedown, but the referee stood both men up due to no action. Robbie had problem with his left leg, as dos Anjos tied Lawler up in the Thai clinch, and kept up the pressure. The final round ended with RDA piling on the pressure, connecting with body shots, and narrowly missed with yet another flying knee. 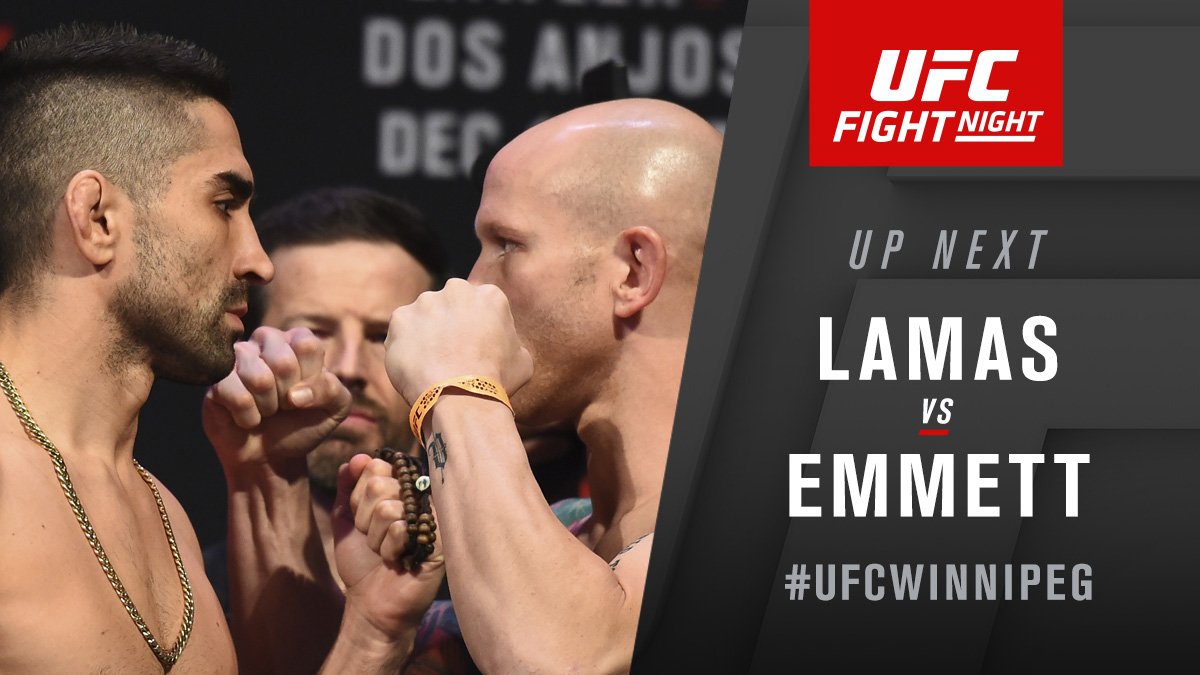 Round 1: Emmett kept moving, while Lamas tried going for the high kicks. Emmett kept moving and throwing feints, and both the fighters kept resetting. In the final minute of the first round, Emmett connected with a lethal left hook, sending Lamas crashing to the canvas! Ricardo was knocked out cold, as Josh did not follow through.

Winner by KO in round 1: Josh Emmett 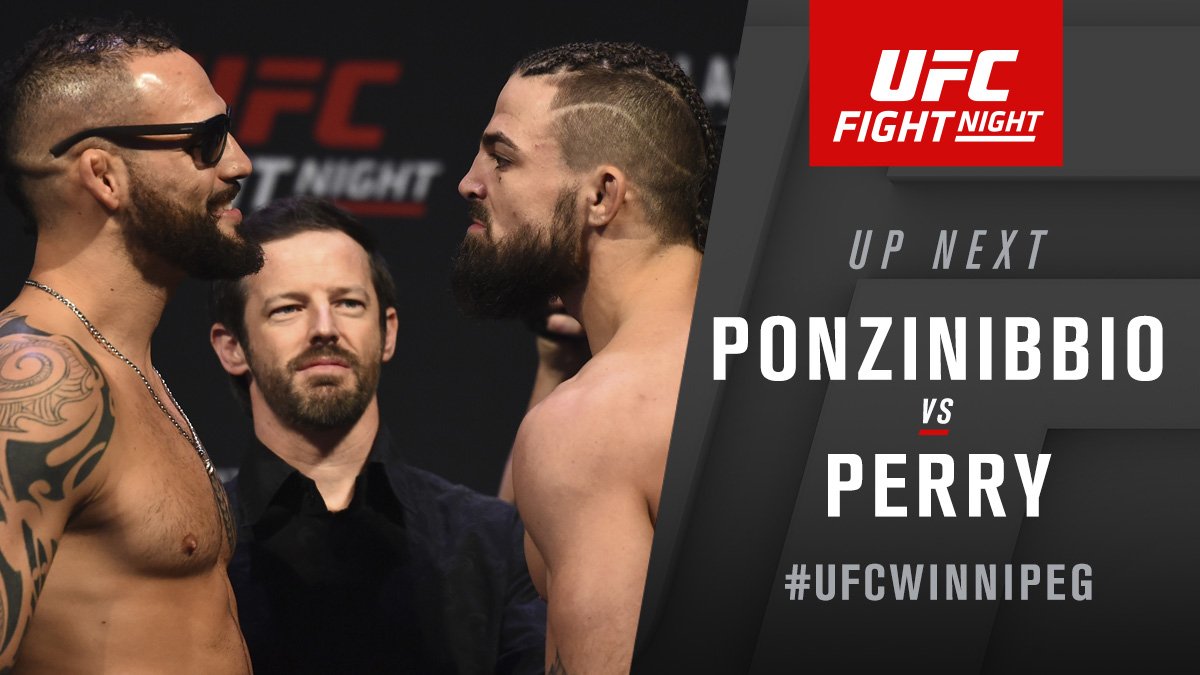 Round 1: Both fighters started rather cautiously, with Santiago ensuring to circle away from Perry’s power right. Mike connected with a high kick, to which Ponzinibbio responded with an outside leg kick. Perry finally landed with a loaded right, which stunned Santiago for a moment. Ponzinibbio immediately ducked his head and turned around, taking Perry to the ground. Santiago managed to connect with a combination of his own, as both the fighters felt each other to end the round.

Round 2: Ponzinibbio once again tried to unsettle Perry with an outside leg kick, but Perry baited Santiago, and connected with a left upper cut. Perry took Ponzinibbio to the ground, but both fighters got back on their feet. Santiago kept chipping at Perry’s lead leg, forcing him to switch stances, after which he squared him up and connected with a left hook which hurt Mike. Santiago went after Perry, but both fighters started exchanging bombs to end round 2.

These dudes are leaving all on the line. #UFCWinnipeg pic.twitter.com/VOQLNb4z3x

Round 3: Mike Perry started pouring on the pressure, as Ponzinibbio stuck to his game plan, constantly unsettling Perry with the outside and inside leg kicks, trying to square him up. Perry surged forward, but Santiago finally connected with his spinning forearm, sending Perry crashing to the mat. Ponzinibbio then went for a couple of takedowns, successfully executing them, and exchanged punches with Perry in the dying seconds of the final round. 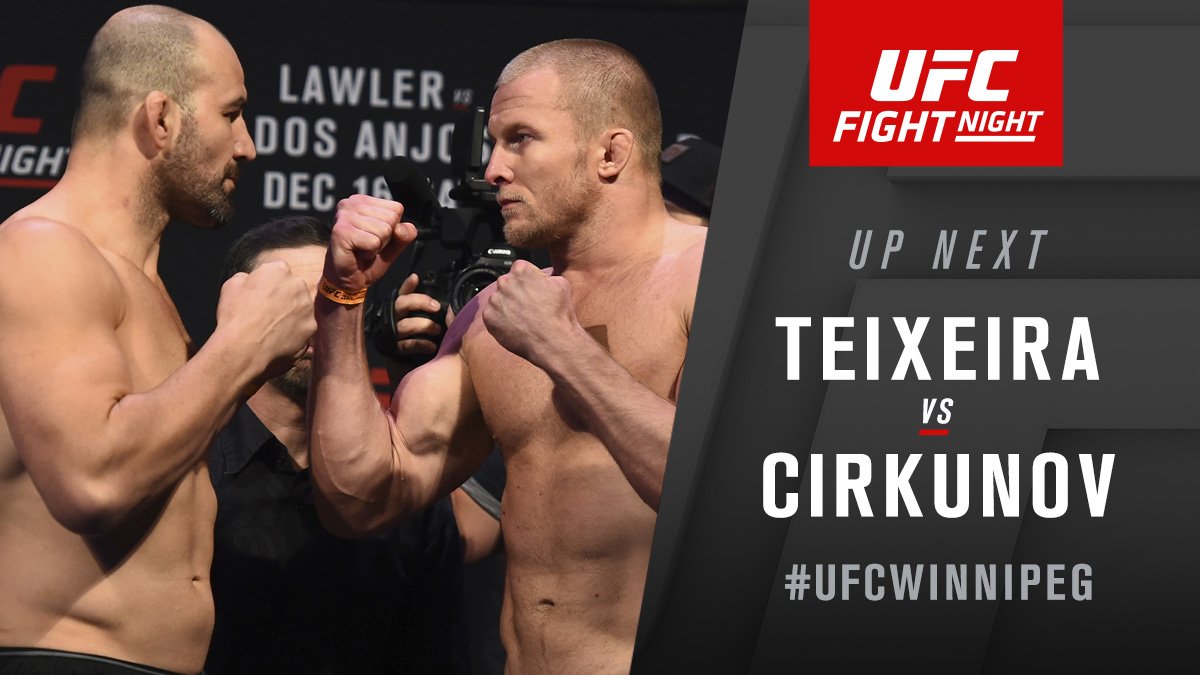 Round 1: Glover maintained his distance, and showed patience, instead of charging forward, while Misha torqued his hips, connecting with a low and high kick. Misha squeezed his knee inside, and connected with good combinations, forcing Glover against the fence. Teixeira took the fight to the ground, and almost sunk his hand beneath Misha’s chin. Cirkunov tried to wiggle out by shifting to his right, but Glover transitioned to the mount, and then once again got Misha’s back! The Brazilian rained down with punches, as the referee stepped in to stop the fight in the first round.

Winner by TKO (punches) in round 1: Glover Teixeira

Previous articleConor McGregor breaks his silence about his next fight
Next articleRafael Dos Anjos response to Colby based on MMAINDIA.COM’s Chamatkar Sandhu’s question,gets global coverage