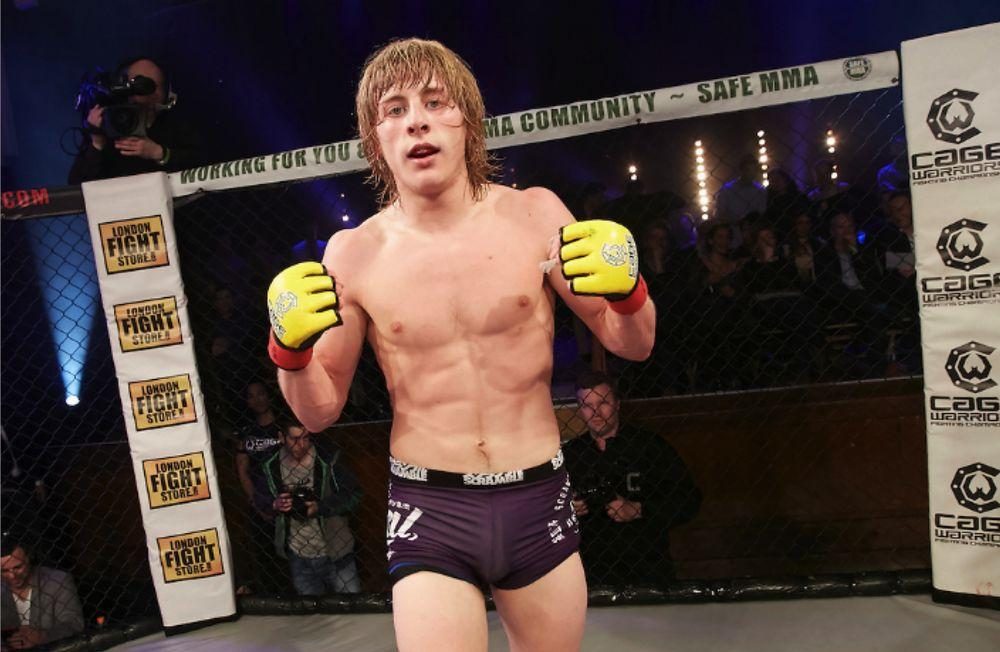 Darren Till is currently not just of the biggest prospects in the UFC but is also one of their biggest English stars. With the UFC announcing their plans to have UFC Fight Night 130 in Liverpool with Till in the main-event, everyone has been wondering who will he be facing in Liverpool. While Till’s opponent is still unclear, there have also been a lot of hearsay regarding highly touted English fighter Paddy Pimblett making his UFC debut at the event. However, Pimblett has now denied all such rumours and has revealed that he won’t be competing at UFC Liverpool.

Pimblett has a MMA record of 14-2 and is currently signed to fight in Cage Warriors. He is a highly touted prospect and the UFC are apparently keen on adding him to their lightweight roster. Here’s what he had to say about all these rumours in an interview given at MMA Fighting’s, The MMA Hour:

I’m on holiday May 27th. I’m in Mexico, I’m not that arsed to be fair, about the UFC in Liverpool. I’ve headlined shows there twice and I just fought there the other week. It’s great for UK MMA and great for Liverpool, but the show is for Darren [Till]. Darren can have his show, I’m good — I’ll have my own one in September.

Whenever we see each other we talk to each other. One of his coaches is the Thai coach in our gym. He’s a sound lad, I’ve talked to him a good few times, I’ll always support him and I hope he knocks out whoever he’s fighting.

It’s his show. They’re going to Liverpool for Darren Till to be main event, so leave his show to him. I’m not fighting on anyone’s under-card.

- Advertisement -
Previous articleWWE: Ronda Rousey opens up about her journey to the WWE in an emotional interview to WWE television
Next articleTitle contender Luan Santiago promises finish at Brave 11 main event