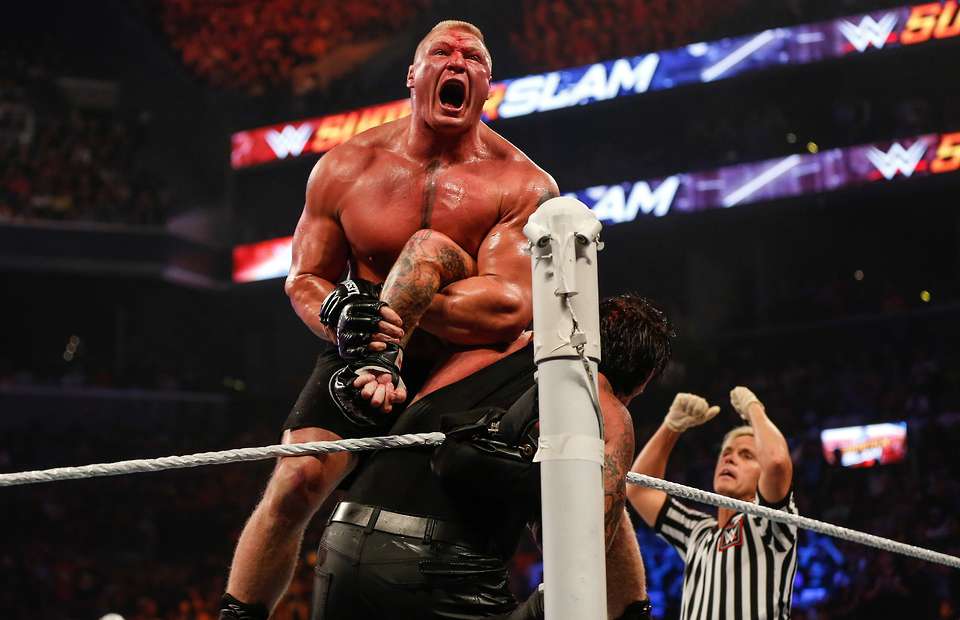 Brock Lesnar’s long-time friend and on-screen wrestling manager Paul Heyman was interviewed by TMZ Sports recently. Heyman was quizzed about a string of topics and during the interview, Heyman opened up about the possibility of Lesnar returning to the UFC.

Lesnar last appeared for the UFC back at UFC 200 where he defeated Mark Hunt via a unanimous decision. The result, however, was overturned later on after Lesnar tested positive for Clomiphene. The former UFC champion was subsequently suspended for one year but now, rumors have poked up about a potential UFC return of Lesnar.

Lesnar has served six months of his suspension so far but the suspension period was frozen when he removed himself from the USADA testing pool. With six more months to serve, the return of Lesnar might not be an immediate one.

But according to Heyman, the time away from the Octagon could work in favor of the Beast Incarnated.

“The time away actually makes him better because it gives his body gets a chance to heal. The problem with these UFC fighters – and they are all fantastic athletes, top of the line in the entire world – is that they wear their body’s down in these training camps. All these guys that are cutting weight are just destroying their own bodies. Brock Lesnar is probably the healthiest fighter to enter UFC if he decides to do that.” Heyman added.

Lesnar currently holds a record of 5-3 to his name and is currently busy with his WWE schedule.

Previous articleWWE: The Undertaker training for a possible return to the ring?
Next articleUFC: Ben Askren calls Nate Diaz Mediocre, says Conor McGregor is barely best in the world