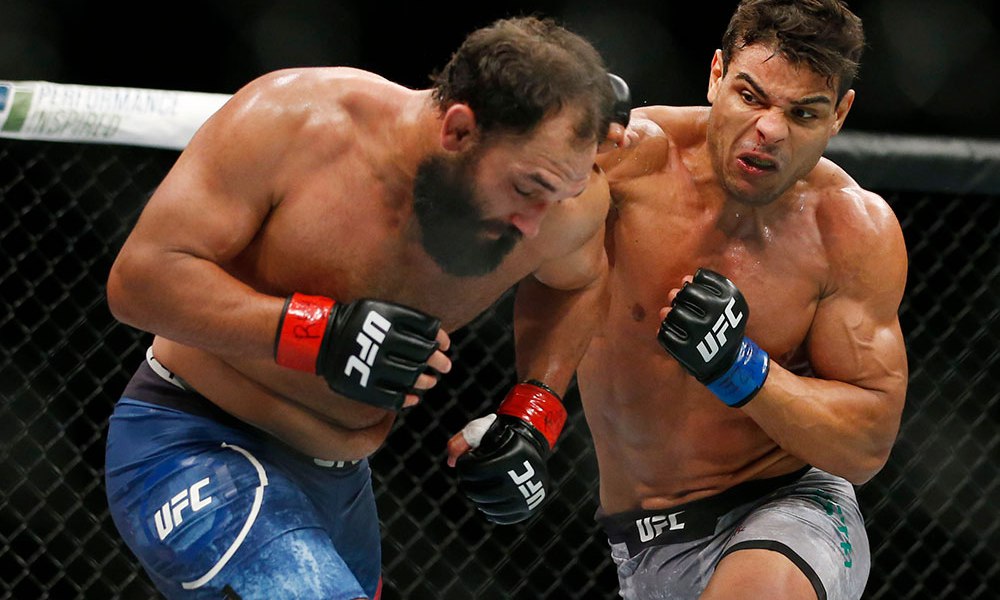 However, the 27-year old Brazilian has big plans for himself and has said that he wants to win belts at three different weight classes and then retire from the sport. He plans to do all of that by the time he is 35 years old.

“My career plan is simply to retain three belts and retire. I can fight at welterweight, middleweight, and light heavyweight. I want to do boxing afterward before I turn 35. Who was a plan B never accomplishes plan A or B. You can’t have a plan B in life. When you have a plan B, you’ll give up in the first adversity you face. So what did I do? I said I would never have a plan B. My only one is plan A.”

Paulo Costa has already made big sacrifices to ensure his Plan A becomes a reality — and to avoid his dreaded Plan B. He’s prepared to continue doing so.

“I never had money to catch the bus to go train, nor to buy my supplements,” Costa said. “I spent six months away from home. I spent Christmas, New Year’s, everything, away from my family, with no means to go visit them. I simply soldiered through all that, because I had no plan B.”

Paulo Costa is scheduled to fight at UFC 230 at the Madison Square Garden in New York on November 3 against Yoel Romero, but no official plans have been put to place yet.