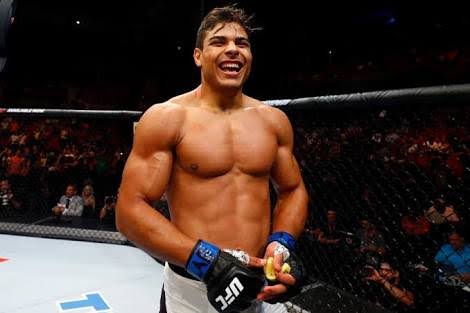 One of the four middleweight matchups at UFC 230 featured a clash of titans as #1 ranked Yoel ‘The Soldier of God’ Romero was scheduled to take on undefeated Paulo Costa (12-0 MMA, 4-0 UFC).

However a few days ago, Romero announced that he never agreed or signed to fight at UFC 230. Romero further said that he is recovering from an orbital injury which would require four to five months to completely heal.

Another Brazilian middleweight Antonio ‘Caradesapato’ Carlos Junior was ready to step in however according to Costa, it won’t make any sense for him to take another fight and that he is ready to give Romero the additional time.

“There’s no reason why I’d do another fight before,” Costa said. “He’s first in the (UFC’s) ranking, so there’s no better fighter for me to fight, considering that (Kelvin) Gastelum and Whittaker were already set to fight for the title. I think that’s the fight to make. So we’ll wait for him. Whenever he’s ready, I’ll be ready to beat him and go on in my journey toward the belt.”

Previous articleUFC: Cody Garbrandt opens up about near-suicide attempt as a teen
Next articleUFC: Tony Ferguson vs. Anthony Pettis is in the works for UFC 229 on Oct. 6