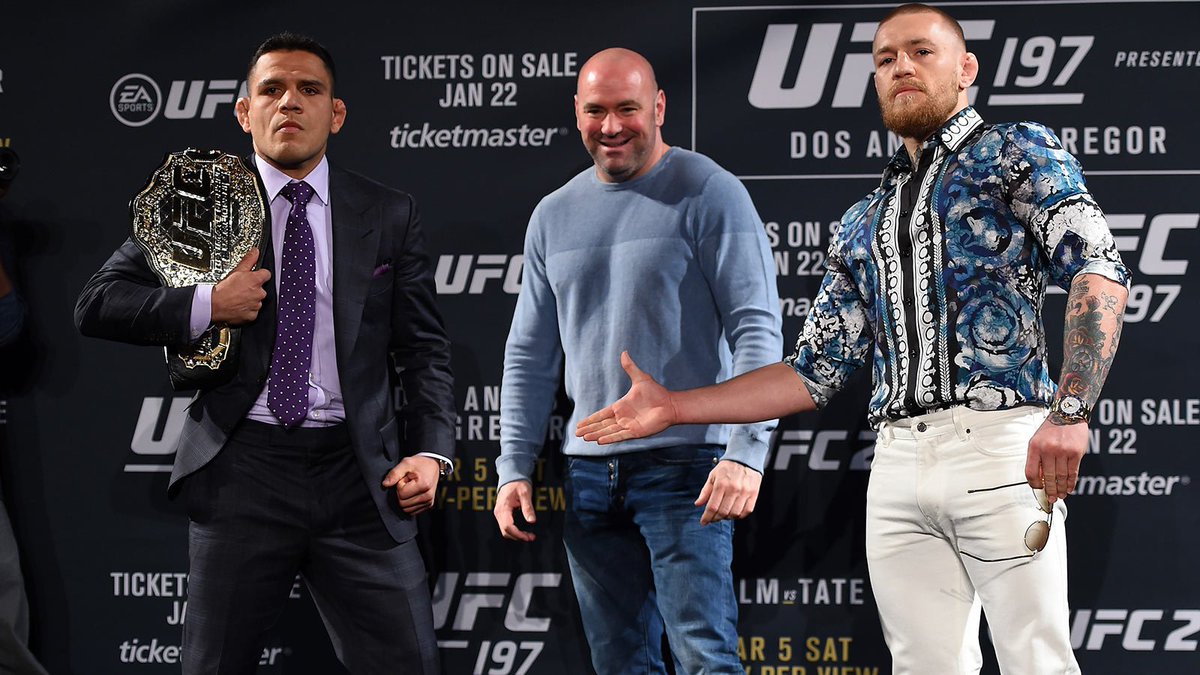 Conor Mcgregor earlier in the day claimed on an Instagram post, that there were plans by the UFC to book an Interim Welterweight Title fight between Rafael Dos Anjos and himself.

Rafael Dos Anjos was initially booked to fight Colby Covington in Brazil at UFC 224, but the fight was pushed back to UFC 225, owing to security reasons. However, the initial plan was to let Conor go for his third title at UFC 224. 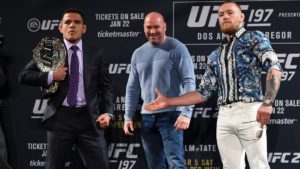 Rafael Dos Anjos however has rubbished the rumors, in an exclusive interview to MMAFighting.

“Actually, the UFC didn’t contact me to talk about that fight at all”

“The UFC did not contact me about that fight”

“I saw the rumor, but nothing directly(from the UFC) about the fight”

The former UFC lightweight champion also had a stern message, if Conor had any ideas.

“If the Irish boy wants to try for his third belt, I will be there”

Rafael Dos Anjos is scheduled to fight Colby Covington for the Interim Welterweight Title at UFC 225 this weekend.