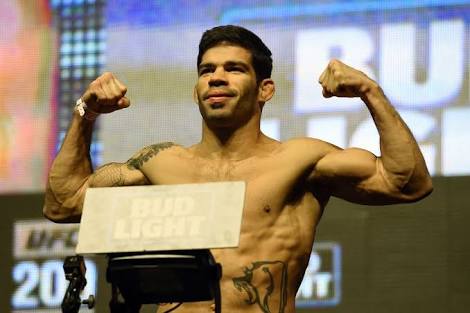 UFC bantamweight division is extremely stacked than it has ever been. With champ Dillashaw’s rivalry against former teammate Cody Garbrandt finally coming to an end, opens up the gate for many interesting match ups. Battling for the title shot are as many as three contenders.

One of them being #3 ranked Raphael Assancao. It is a rare case that a fighter with an impressive UFC record of 11-2 has been sidelined. Unfortunately for Assancao, standing in his way are two former world champions in former UFC champ Dominick Cruz and former WSOF champ Marlon Moraes.

The only critique for Assancao is his silent nature and inability to promote fights. Assancao however takes his humble nature in stride and does not care about the business aspect much. (via Twitter):

Just feeling like… I’m basically #2 Bantamweight @ufc 🌎 – and want my title shot , to those who think otherwise (LOOK @ FACTS)and let me know. pic.twitter.com/i0CR1z0ZgF

Assancao is already 1-1 against Dillashaw under the UFC banner and would certainly like to leave no doubt with the trilogy.

Former UFC bantamweight champ Dominick ‘The Dominator’ Cruz. Cruz believes he deserves the title shot and even Dillashaw would get a chance to avenge his earlier loss against Cruz. Cruz has been sidelined due to injuries and hasn’t fought since December 2016 after losing his title to Garbrandt at UFC 207.

Moraes on the other hand, is 3-1 in the UFC with a decision victory over former two-time flyweight title challenger John Dodson and two first round finishes of Aljamain Sterling and Jimmie Rivera. However, the only loss he sustained was a razor thin split decision against Rafael Assuncao. Hence it would be unfair if Moraes gets the nod before Assancao.