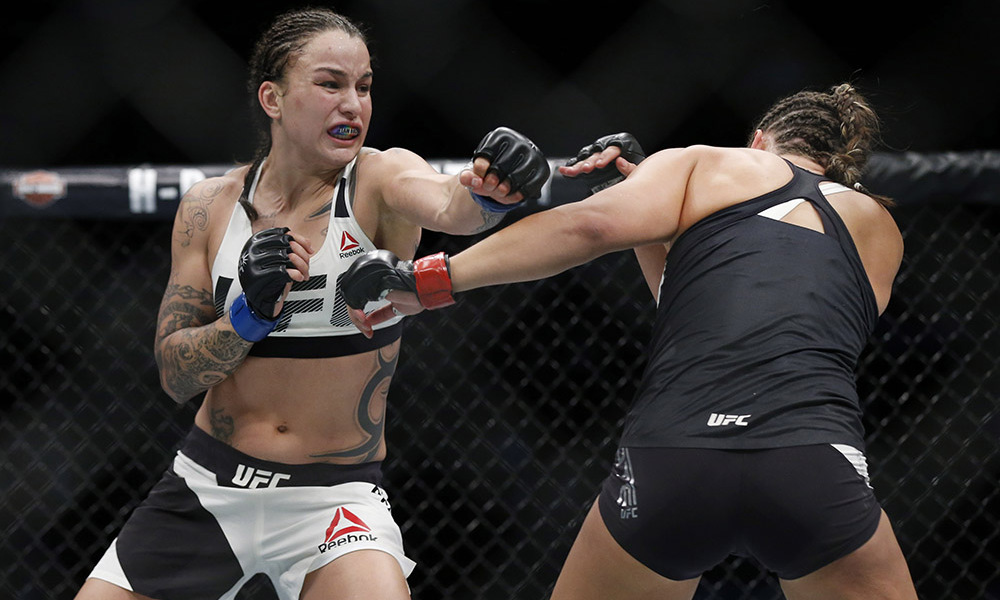 Raquel Pennington is riding high on confidence. The 29-year-old will get a shot at the UFC Women’s Bantamweight title when she goes up against Amanda Nunes at UFC 224 in May.

Even though such a huge match is coming up, the fans seem to be more interested in seeing a super fight between Amanda Nunes and Cris Cyborg. The champion vs. champion fight was almost booked after Cyborg’s win over Yana Kunitskaya but UFC decided to go with Pennington later on.

Now, Pennington feels that she can derail the super fight plans and push herself into the picture.

“I’ve been a lot through my career, and regardless, my ultimate goal is to get that belt. Whether I have to detour a little bit more, nobody is going to stop me. It did get a little frustrating because it had been in talks, so I was making calls because I didn’t find it very fair at all. I think I definitely earned this spot and the fight deserved to be mine. So the fact that they simply wanted to do a super fight really pissed me off given the fact that Cyborg is in a completely different division and you’re trying to take the champ from our division for a super fight. You just want a girl with another name? Two Brazilians. What’s happening here?” Pennington said during her appearance on the MMA Hour.

When asked about the possibility of facing Cris Cyborg, Pennington revealed that she doesn’t care and that she is open to any challenge.

“I don’t really care, everyone brings a different challenge. She’s the most dangerous woman on the planet, hasn’t lost since 2005 and has been destroying girls. She has the 145-pound division and to me, I don’t like to take credit where it’s due, everyone deserves their position, but it doesn’t make a whole lot of sense since they’re not bringing in any athletes. Cyborg is just another female. Yeah she is is heavier, I walk around heavier normally. So it wouldn’t be something I push to the side. I am more than definitely willing to go out there and fight her one day.”

Pennington is coming off a win against former UFC Women’s Bantamweight champion Miesha Tate. Prior to this, she had also defeated Elizabeth Phillips, Bethe Correia and Jessica Andrade. Currently, on a four-fight winning streak, Pennington’s last loss came against Holly Holm in 2015.