UFC: Rashad Evans did the unthinkable 10 years ago today with a brutal knockout! 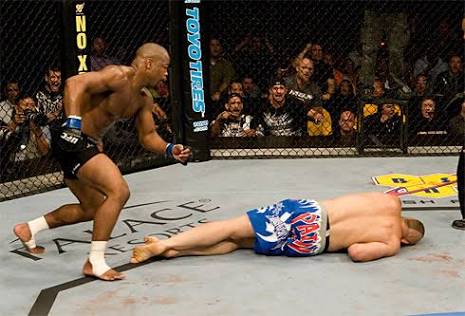 Evans won the light heavyweight belt at UFC 92 against a dangerous Forrest Griffin back in December 2008. However he is widely known for the victory that gave him the title shot in the first place, against another former light heavyweight champion and UFC Hall of Famer ‘The Iceman’ Chuck Liddell.

Flashback to UFC 88 ten years ago, Evans did the unthinkable. Liddell went into the fight with a massive win over legend Wanderlei Silva and was expected to break the undefeated status of Evans. The fight was an exciting back and forth battle with both the fighters throwing haymakers. However in the second round, Evans landed a huge overhand right to shut Liddell’s lights off. Liddell landed on the canvas completely unconscious. A win over a former champ in Liddell, certainly made Evans’ title shot inevitable. (via Instagram)

Bellator: Wanderlei Silva vs. Quinto Jackson is in the works for Brazil