UFC: RDA to McGregor on his tweet about the flyweights: ‘You’re drunk!’ 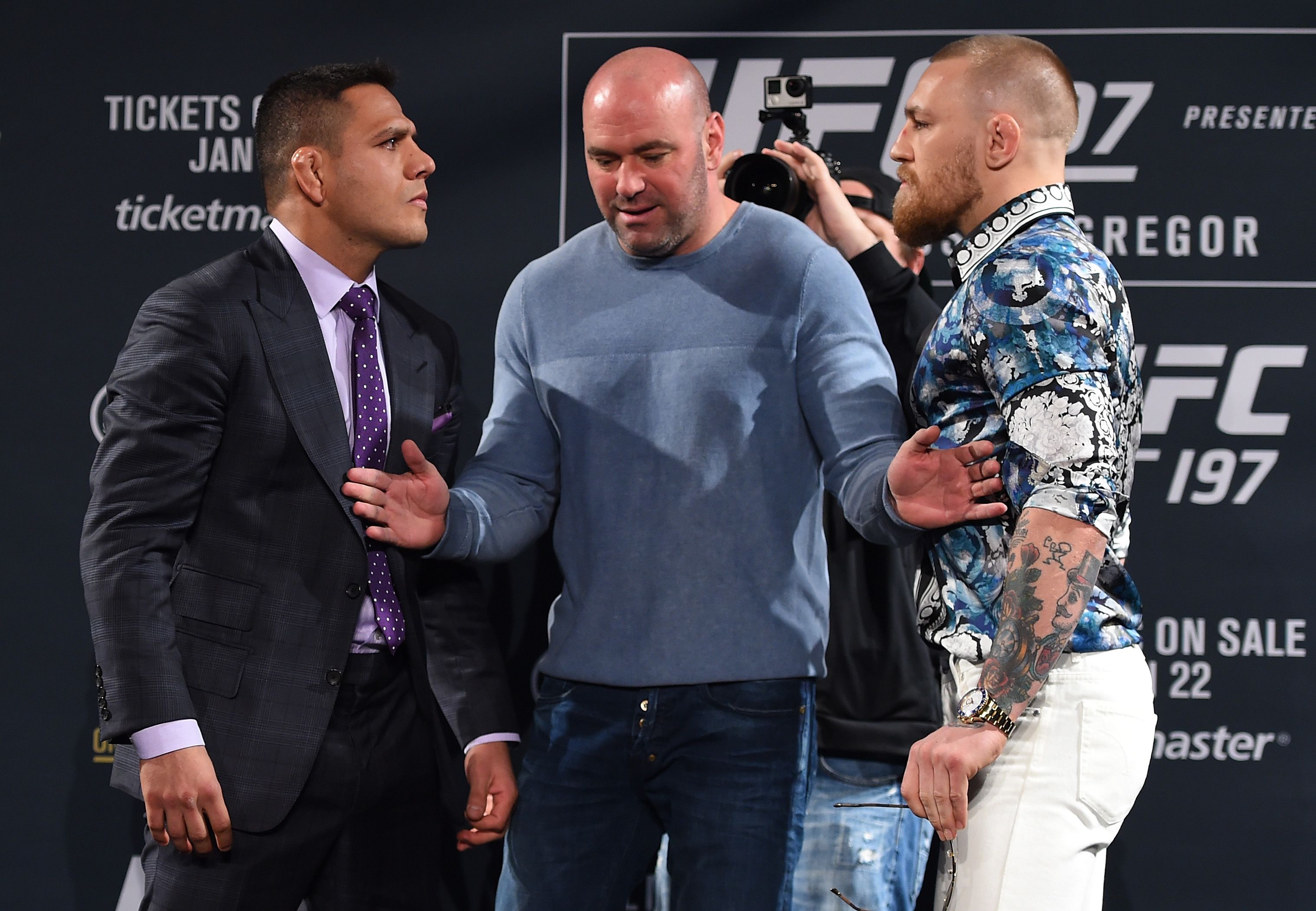 In a monumental event, the biggest trade in the entire history of the sport took place as UFC swapped the contracts of former UFC flyweight champion and longtime #1 pound-for-pound fighter, Demetrious ‘Mighty Mouse’ Johnson, to in turn receive former ONE FC welterweight champion, Ben ‘Funky’ Askren.

Johnson’s departure from the division thus made the already steep division even more steeper. Hence, the UFC has reportedly decided to take the division down.  However not all fighters have been said to move up to bantamweight as some of them like José Torres, Jarred Brooks and Roberto Sanchez have unfortunately been released.

The number might as well increase as the verdict on the flyweight division unfolds. However a helping hand has came their way, a suggestion which might help the released fighters, from none other than former double champ ‘The Notorious’ Conor McGregor.

McGregor took to Twitter making a case for released flyweights to be signed by ONE FC president Chatri Sityodtong. However McGregor posted the tweet in his classic brash style claiming Sityodtong’s ‘greed’ has led to this. (via Twitter):

You must now take all the 125lbers that have been let go, Chatri.
You talk all of this Martial Art and respect talk, yet your greed has directly cost more than half a fighting division it’s chance to earn income for their family.
Have respect @YODCHATRI.
Sign the division.

The tweet definitely raised eyebrows and received some hatred from MMA community. One of them being, former UFC lightweight champion and arch rival, Rafael Dos Anjos. Does Anjos took to Twitter saying McGregor to ‘shut up’. (via Twitter):

McGregor and Dos Anjos were scheduled to fight in a champion vs. champion fight at UFC 196 for Dos Anjos’s lightweight belt, back when McGregor was the featherweight champion back in March 2016. However just two weeks before the fight, Dos Anjos pulled out citing an injury an was replaced by Nate Diaz.

Previous article
‘Goldigger’ Daniel Cormier posts a photo with all his UFC belts…can you guess how many he has?
Next article
UFC: Scorecards for UFC Denver show that Yair Rodriguez was 1 second away from a loss