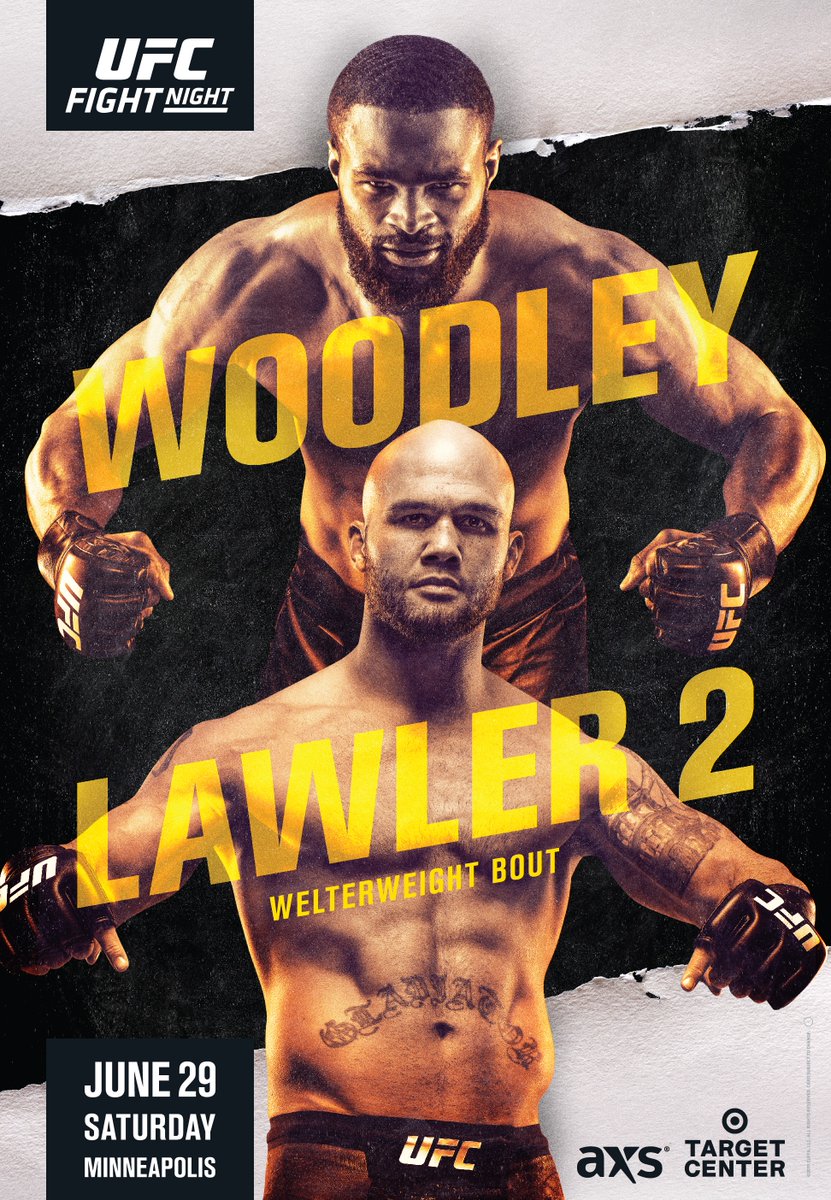 Former UFC welterweight champion Robbie Lawler after having some exciting wars against the like of Rory MacDonald and Carlos Condit, lost his crown to Tyron Woodley at UFC 201 via a brutal first round knockout. Woodley was later after a number of successful title defenses was later dethroned quite recently by the Kamaru Usman. Now both the former champions are officially set to fight each other for another shot at the title they once claimed as theirs.

The UFC has now released an official poster for their rematch. Their rematch is set to headline UFC Minneapolis. They are expected to fight on June 29th, 2019 at UFC on ESPN +4.

While a lot of the UFC posters in recent memory haven’t been too good, this poster is actually decent. It’s simple and draws you into the fight. Below is the official poster for Woodley vs. Lawler 2! 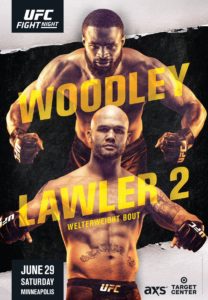