UFC reportedly looking at Khabib vs Ferguson for UFC 229, if negotiations with Conor fail 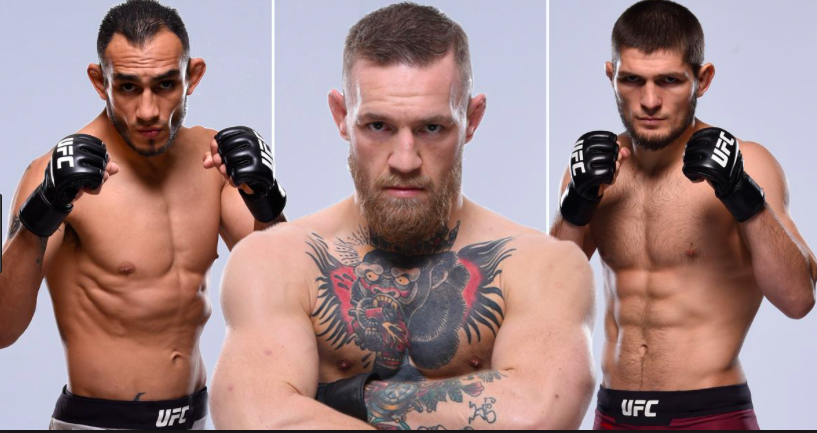 Khabib Nurmagomedov vs Conor McGregor is perhaps the most anticipated fight in UFC history, maybe even MMA history.

The UFC are deep in discussions with both parties to sort out a date, but the promotion is leaving no stone unturned. 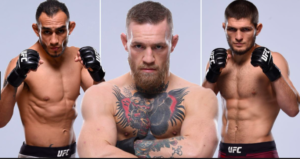 According to reports arising from the Dagestani camp, if the negotiations fall through, a title fight between Khabib and long term adversary Tony Ferguson is likely.

Khabib and Tony have been booked to face each other a whopping 4 times, before either one of them had to pull out of the fight for various reasons.

Tony Ferguson, who pulled out of their scheduled UFC 223 bout due to a ligament tear is already back in training and looking for a quick come back.

Khabib Nurmagomedov vs Tony Ferguson is still probably one of the most anticipated fights of all time, and it will be major consolation, if Conor doesn’t come to terms with the UFC.

Previous articleFootball/MMA: Mexican national team receives support from Cain Velasquez after their eviction from the 2018 FIFA World Cup
Next articleUFC: ‘They are back here texting and not even looking at the fight’ – Johny Hendricks on Judges