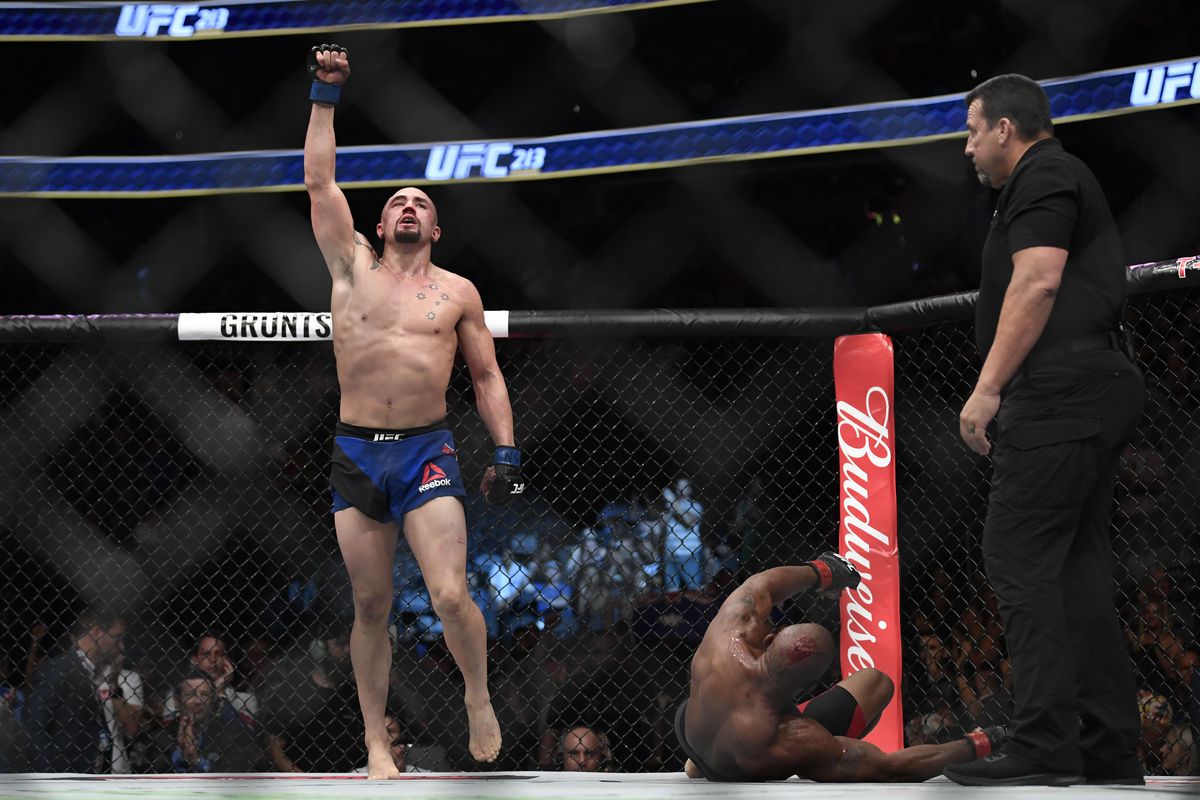 The current UFC middleweight champion Robert Whittaker is arguably one of the most promising and exciting talents currently in the company. He won the belt by defeating fellow top contender Yoel Romero in an enthralling brawl. Whittaker, who was forced to pull out of his scheduled title defence at UFC 221, recently gave more details about his pull-out from UFC 221 and also shared his thoughts about the fight between Romero and Luke Rockhold.

“Bobby Knuckles” is now expected to soon defend his title against Whittaker in a highly anticipated rematch. He recently gave an interview to MMA Junkie. Here’s what he had to say:

I’ve never pulled out of a fight before due to injury. When I was headlining in my own country, it was very hard for me to get around that fact that I was going to have to pull out of this one. It didn’t sit well with me.

I’m not one to pull out, but it is what it is. … I’ve had a lot of good fortune, so getting sick now and then can’t be helped.

To be honest, I was delighted. I was happy because they gave me the time I needed to get better, and then they pitched my No. 1 and No. 2 contender against each other, which is great. If all my contenders can just bash each other for the meantime while I’m getting better, that would be great.

As a fan, I was really interested in seeing that fight. I was really curious to see how Yoel would go up against Rockhold, and vice versa. Yoel didn’t make weight. That was unprofessional, at best. You can make all the excuses in the world, but at the end of the day, if you ruck up and you’re not on weight on the scales, you haven’t done your job.

To see Yoel starch Rockhold like that was just crazy, especially with Yoel not fighting like he does normally. He came out with a completely different game-plan.

UFC: Jon Jones’ manager Malki Kawa says there is a 95% chance that he fights again in 2018

Previous articleWWE: Molly Holly to induct Ivory into the Hall of Fame.
Next articleWWE: The UK Brand finally on it’s way?