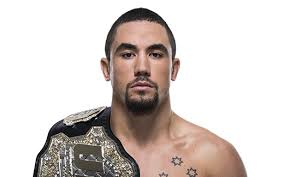 UFC Middleweight champion Robert Whittaker defends his belt against the Cuban Yoel ‘ The Soldier of God’ Romero on June 9th in Chicago, Illinois after Romero beat Luke Rockhold at UFC 221 to solidify his spot as the number one contender for the title.

Champion Robert Whittaker was present for the fight in Perth which saw Yoel Romero finish Luke Rockhold by a brutal knockout,although the victory was controversial due to the fact that Yoel missed weight by 3 pounds. Asked about the recent trend of fighters missing weight Whittaker said, “I think you do have to get on with it and move on, that’s the inevitable outcome,  But it makes me upset. It would make me upset if my opponent missed weight because I believe making weight is half the job; if you don’t make 84.5 [kilos, 186 pounds] then we’re not in the same weight division. I don’t even know how that’s [missing weight] a thing?”