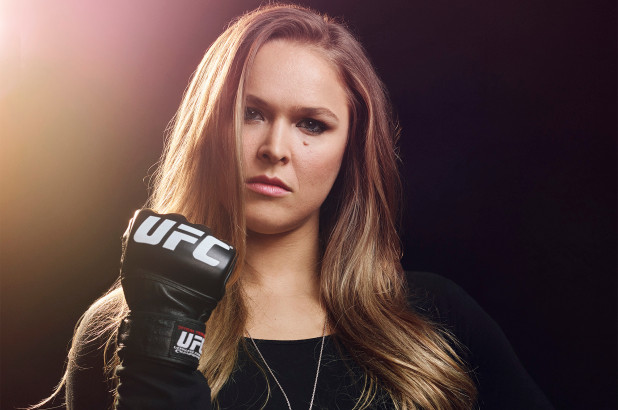 Ronda Rousey is set to make her WWE in-ring return at this year’s WrestleMania. The former UFC Women’s Bantamweight champion has been a regular on the WWE television for quite some time now. At WrestleMania, she will be teaming up with former Olympic Gold Medallist Kurt Angle as they face former WWE champion Triple H and Stephanie McMahon.

Rousey’s transition from MMA to professional wrestling has been a smooth one so far. The move also helped her to work under two visionary promoters in the form of Dana White and Vince McMahon.

While Vince McMahon is known for building up the WWE Empire amidst a lot of chaos, Dana has a similar story with the UFC. During a recent interview with Metro, Rousey revealed that working under Dana and Vince are two extremely different things to her.

“Dana is one of my best friends and is somebody who I can call up any time and say let’s go for dinner, or drinks or even something completely random like asking him to fly to India, and he’d consider it. I don’t even have Vince’s number! It’s a very different relationship, I highly respect Vince and very much appreciate the opportunity he’s given me but it’s more like, if I can get a handshake from him and him telling me I’ve done a good job, that totally makes my day.” she said.

Rousey went on to note that her relationship with Vince McMahon is very professional.

“With Dana, I’d expect him to grab me, hug me, pick me up and shake the hell out of me! If Dana just shook my hand and told me good job, I’d be like ‘what the hell Dana, that’s it?!’ But with Vince McMahon, I’d be like ‘oh my God, Vince McMahon shook my hand and told me I did a good job!’ It’s very different, I have a much more personal relationship with Dana, and a very professional relationship with Vince.” She added.

The 31-year-old Ronda’s real test in the WWE comes at WrestleMania as mentioned earlier and it would be interesting to see how she fairs inside the ring.

Previous articleUFC: Owen Roddy believes that Conor McGregor will finish Max Holloway in a rematch
Next articleUFC: Jimi Manuwa says that he is just a couple of fights away from a title shot