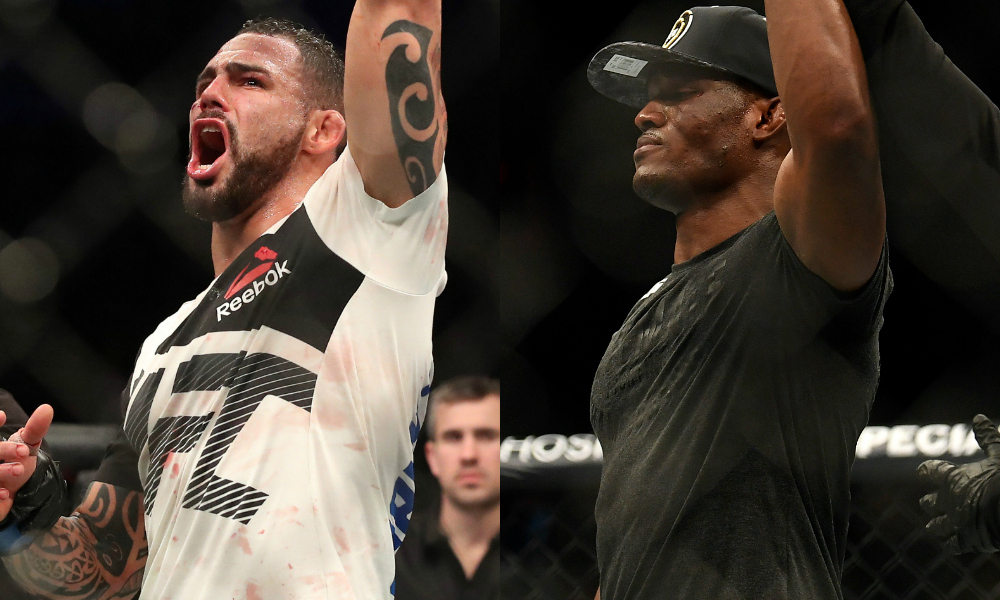 According to MMA Fighting, the UFC Fight Night in Chile could be headlined by a Welterweight showdown between Santiago Ponzinibbio and Kamaru Usman.

Usman had recently expressed his desire to fight Ponzinibbio and apparently, this is the direction that UFC is planning to head as well. The 30-year-old Usman is coming off a unanimous decision win against Emil Meek at UFC Fight Night 124 whereas Ponzinibbio’s last fight was a winning effort against Mike Perry at UFC on Fox 26.

Usman has not tasted defeat since 2013 and is on an 11-fight winning streak currently. Ponzinibbio, meanwhile, has wins over Gunnar Nelson and Zak Cummings to showcase on his resume.

Apart from this, Ponzinibbio is also riding on a six-fight winning streak and was going hard on Darren Till on Twitter recently. Usman also had some friction with Till but it fizzled out as Till is now involved in a potential fight with Stephen Thompson at UFC Liverpool.

While the contenders are going at it, champion Tyron Woodley is also on track for a comeback. Woodley noted that he is planning to fight in July. He also added that he is confident ahead of his return. The 35-year-old is currently recovering from an injury which he picked up during his title defence against Demian Maia.

UFC Chile is currently scheduled to take place on May 19 in Santiago, Chile. UFC is officially yet to announce the complete fight card for the event. But the promotion has finalized a few fights as of now. Volkan Oezdemir is expected to fight Mauricio Rua at the event when Chad Laprise will face off against Vincent Luque.

Alexa Grasso will make her UFC return when she faces Tatiana Suarez. Jared Cannonier vs. Dominick Reyes is another fight watching out for. Ponzinibbio’s past opponent Zak Cummings will also be on the card and will face Michel Prazeres.

Previous articleWWE: Ronda Rousey opens up about her new life in WWE.
Next articleUFC: Duane Ludwig reveals who he’d like T.J. Dillashaw to fight, if the Demetrious Johnson fight fails to happen