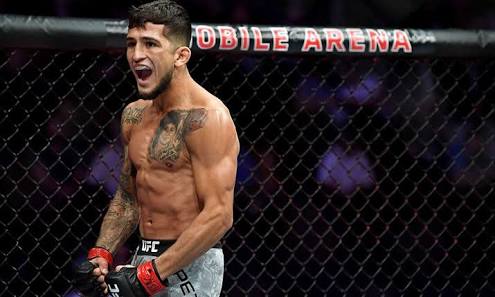 Another fighter will be getting rid of draining repercussions of weight cutting as #2 ranked flyweight Sergio Pettis has decided to move up to bantamweight after his loss to a highly ranked Jussier Formiga at UFC 229 last month in October.

Pettis’ move up to bantamweight was announced in October itself thus there were only rumors of UFC cutting flyweights and getting rid of the entire flyweight division.

Pettis (17-4 MMA, 8-4 UFC) already has his first assignment as takes on Rob Font (15-4 MMA, 5-3 UFC) at UFC on FOX in Pettis’ hometown of Milwaukee. In an interview with MMAjunkie, Pettis addressed the decision to move up.

“Obviously, I heard the rumors and I didn’t want to fight outside the UFC – I love the UFC,” Pettis said. “I’ve been with them for the past five years. I thought it was time to go back to 135, honestly. Just the way my body is growing. I’m 25 years old now. I might not be growing taller, but sideways, man, I’m getting bigger.

Pettis believes he has the arsenal to succeed at bantamweight as well and most importantly he can fight at his natural weight.